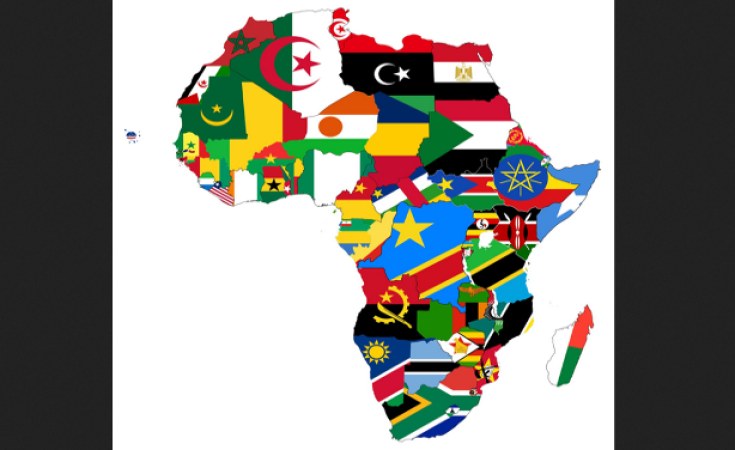 Windhoek — President Hage Geingob has revealed that African Union (AU) leaders will be meeting in Niger next week to mark the signing into force of the African Continental Free Trade Area (AfCFTA) agreement.

The agreement, among other objectives, aims to create a single continental market for goods and services, with free movement of businesspersons and investments, and thus pave the way for accelerating the establishment of the African Customs Union.

Geingob made the announcement when he officially inaugurated the new Roads Authority Head Office in Windhoek last Friday.

A lot has been achieved since the AfCFTA agreement was opened for signature on 21st March, 2018 in Kigali, Rwanda and what is expected as the African Union moves is to launch the operational phase of the continental market next week.

On 21st March this year, the Agreement Establishing the African Continental Free Trade Area marked one year of existence. It was opened for signature on 21st March 2018 at an Extra-Ordinary Summit of the Assembly of African Union Heads of State and Government in Kigali, Rwanda. At that summit, 44 African Union Member States signed the historic agreement.

The number rose to 49 at the July 2018 Nouakchott, Mauritania summit.

Three more signatures were added during the February 2019 Addis Ababa summit, bringing the figure to 52 as AU commemorate the first anniversary of this major milestone in Africa's resolute use of the lever of continental economic integration to deliver prosperity to her people in line with Agenda 2063: The Africa We Want.

The African Union Commissioner for Trade and Industry Albert Muchanga recently outlined that while awaiting the remaining three member-states to sign on, Africa is progressing very well in the direction of securing deposits of instruments of ratification on the Agreement Establishing the African Continental Free Trade Area.

So far, more than 22 National Parliaments of the African Union Member-States have approved ratification of the agreement, and have deposited their instruments of ratification.

Geingob said Namibia's commitment to establishing a world class road network also speaks to the greater ambition of realising an integrated African continent which is politically united and based on the ideals of Pan-Africanism and the vision of Africa's Renaissance, as encapsulated under the African Union's Agenda 2063.

However, Geingob said to develop Africa, the integration of the continent can only be made possible if African nations first establish integration at the level of Regional Economic Communities (RECS), before progressing to the rest of Africa.

"As Namibians, we should feel a sense of pride in having a road network in place which cannot only support our domestic developmental aspirations, but also, those of our region and the continent as a whole. We give credit to the Roads Authority for the role it has played in ensuring that Namibia's road network ranks not only among the best in the region, but amongst the best on the continent," he noted.

Geingob said RA is an integral role player in the national developmental efforts, adding this entity supports the economic development of the country through the management, planning, construction and designing of road infrastructure networks, which are essential for trade facilitation, industrialisation, socio-economic development and regional integration.

According to him, it is a well-known fact that roads are not only regarded, as the backbone of Namibia's economy, but are also crucial for the advancement of the government's goals to improve the lives of all citizens.

For these reasons, he said the government of Namibia has, since independence, invested greatly in expanding the existing road network and upgrading the standard of roads. "Furthermore, we have invested in other transport infrastructure development such as rail, ports and aviation, in order to meet the national demand and position Namibia as the gateway to the Southern African Development Community (Sadc)."

He mentioned Sadc has prioritised infrastructure development by recognising it as prerequisite for the creation of larger markets and greater economic opportunities. "Namibia is proud to contribute to the Sadc vision of infrastructure development through the continued upgrading of our road network which is a catalyst for national and regional economic growth," he maintained.

The President highlighted Namibia is currently accessible by all Sadc member states, adding land-locked countries like Zambia, Zimbabwe and the Democratic Republic of Congo are now sea-linked, having access to the Atlantic Ocean via the Port of Walvis Bay, and some land-linked, thanks to the efficient road infrastructure which forms part of transport corridors.

Geingob commended the Roads Authority for the role played in contributing to the development of Namibia and Sadc.

As government, he said they have made a commitment to continue renovation, upgrading, maintenance and expansion of critical sections of the road network, with a view to ensuring safe and convenient traveling, stimulating economic activities, and facilitating the movement of goods and services within Namibia and across the borders.

"It is my firm belief that with the construction of this head office, which has enabled the Roads Authority to fill critical positions, we are witnessing the dawn of a period of accelerated growth and modernisation of Namibia's road network," Geingob noted. 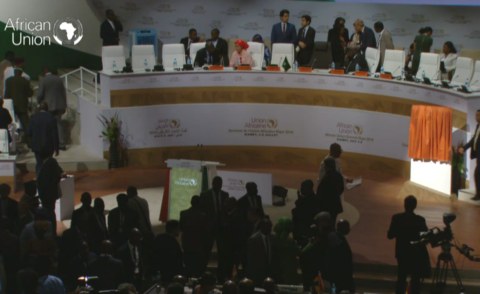 Free Trade Agreement Sets Stage for United African Market
Tagged:
Copyright © 2019 New Era. All rights reserved. Distributed by AllAfrica Global Media (allAfrica.com). To contact the copyright holder directly for corrections — or for permission to republish or make other authorized use of this material, click here.