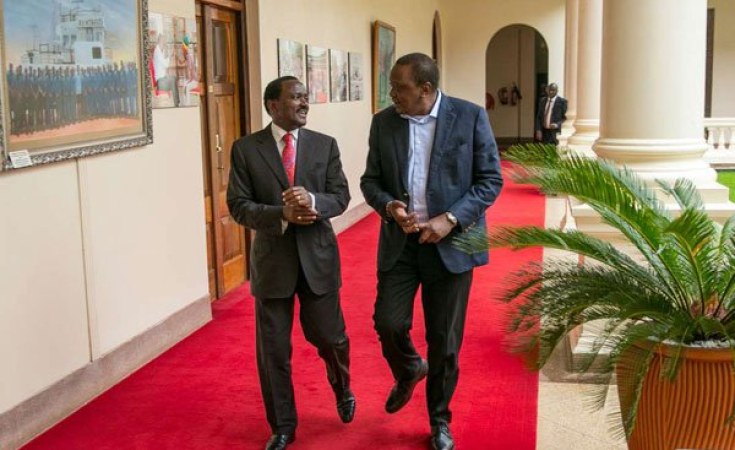 A statement from the Ministry of Foreign Affairs stated that the appointment is in line with Kenya's commitment 'towards shared prosperity in the region'.

It also pointed out that Kalonzo is "expected to accelerate the implementation of the revitalized agreement on conflict resolution in South Sudan".

"The president has appointed Stephen Kalonzo Musyoka, former Vice President as his Special Envoy to the Republic of South Sudan," the statement issued on Tuesday night states.

Tuesday's appointment is seen as an enhancement on Kalonzo's peace role in South Sudan offered to him by the president last year.

During a State Banquet, President Kenyatta appealed to the leadership of South Sudan to consolidate the peace dividend to accelerate the country's social and economic growth.

With the 8th Anniversary of the independence of South Sudan just days away, President Kenyatta said the moment has come for the patriotic men and women of Africa's youngest nation to secure their place in national, regional, continental and global arena.