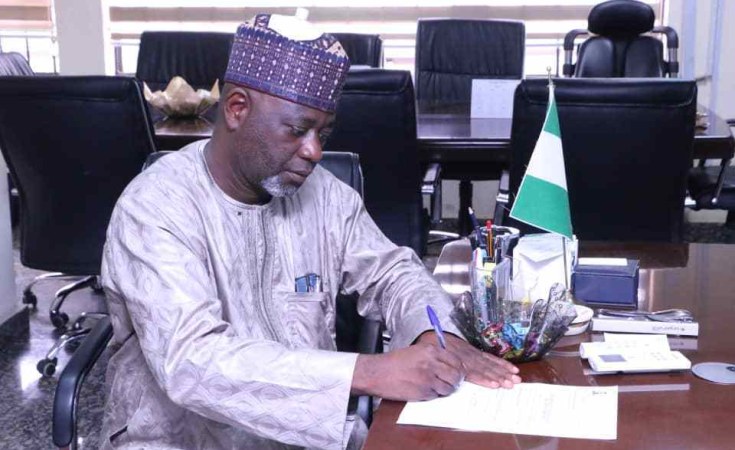 Mr Sambo was still serving as the provost of the College of Medicine in Kaduna State University when the axe ultimately fell on his predecessor, Mr Yusuf, on Monday night, following a rocky three-year stint fettered with crisis and controversies.

Mr Yusuf's sack was based on the recommendation of a probe panel set up eight months ago to investigate him for alleged fraud and infractions.

Nigerians are still busy with the announcement to pay keen attention to the next in line to fill the NHIS leadership seat which now appears too hot for anyone to sit on since the inception of the scheme almost a decade and a half ago.

They had an average of 20 months on the seat, mostly due to administrative and operational encumbrances, which have been the bane of the scheme.

Mr Yusuf's sack was received with aloofness as many say it is long overdue. The controversial official allegedly gained a reputation for disrespecting laid down rules and constituted authorities in the three years he held sway to the saddle.

He was suspended twice for gross misconduct and fraud within a year. In both occasions, Mr Yusuf, a professor of Haematology-Oncology and Bone Marrow Transplant, defied the sanctions and resorted to verbal exchange and fisticuffs.

He allegedly ran the scheme with an 'iron fist', flouting laws, breaking protocols, and financial regulations.

However, keen observers see Mr Sambo, a professor of Community Medicine and Epidemiology, as rather a sharp contrast to his predecessor. He is said to be 'soft-spoken'.

He showed signs of meekness on Tuesday morning when he visited the NHIS head office to submit his letter of appointment. Many of the workers welcomed their new leader - who had served in the programmes department of the scheme - with high hopes.

Not so much was known about Mr Sambo until now. He does not have any profile or visible social media accounts. However, PREMIUM TIMES has extracted the basic information relating to Mr Sambo's professional background from his associates.

Mr Sambo is from Zaria in Kaduna, where he lived schooled and worked over the years. He was formerly a staff of the NHIS but left because of his penchant for the academia.

A physician, he is the former head of community medicine department at the Ahmadu Bello University, Zaria.

He is still a senior lecturer at the university and currently the provost of the college of medicine at the Kaduna State University before his appointment.

Mr Sambo is best described as an academician, renowned researcher, and a public health finance advocate.

According to his profile earlier published by the Nigerian Health Blog, the professor, who is an expert in Epidemiology, has written over 100 publications with numerous citations in both local and international journals.

Some of his advocacies include expanding the coverage of the scheme and inclusion of cancer treatment in health insurance.

He has trained many undergraduates/ postgraduate students. One of his protégé described him as target driven and result oriented.

Mr Sambo, who is an active member of the Nigerian Medical Association (NMA), is said to have the experience and expertise to steer the NHIS forward.

Nigeria's Health Insurance Scheme Boss Suspended Again
Tagged:
Copyright © 2019 Premium Times. All rights reserved. Distributed by AllAfrica Global Media (allAfrica.com). To contact the copyright holder directly for corrections — or for permission to republish or make other authorized use of this material, click here.