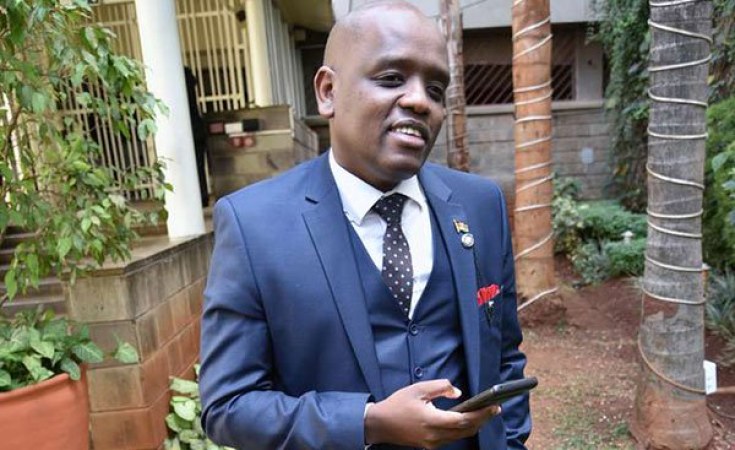 Nairobi — A digital strategist based at Deputy President William Ruto's Harambee Annex office has been arrested by officers from the Directorate of Criminal Investigations (DCI) over an alleged plot to assassinate Ruto.

Police are investigating Dennis Itumbi's involvement in a letter in which an unnamed Cabinet Secretary is said to have written to President Uhuru Kenyatta over a scheme by three Mt Kenya Cabinet Secretaries to eliminate Ruto.

The authenticity of the letter was questioned with police pursing leads that the document could have been forged.

Sources had told Capital FM News on June 26, DP Ruto was yet to record a statement three days after making a verbal complaint through State House.

President Uhuru Kenyatta is said to have instructed DCI chief George Kinoti to probe the claims prompting the top detective to summon Cabinet Secretaries Peter Munya (Trade), Joe Mucheru (ICT) and Sicily Kariuki (Health) who were mentioned in the letter.

The three did not however record statements when they appeared at DCI headquarters on June 24 saying they would only do so after Ruto files a formal complaint.

"The officers have confirmed to us that the DP made a call and complained that some CSs and other senior government officials have been meeting at La Mada Hotel, and specifically on 14 May, to plan how to kill him," Munya said, "These are indeed very serious allegations and that is why we want him to write a formal statement to enable us respond."

The trio under the leadership of Munya was accused of holding a series of meetings at La Mada hotel along Thika road where top government officials including Principal Secretaries were said to have given strict instructs to curtail Ruto's 2022 presidential ambitions.

"Without the complainant's statement, it is difficult to undertake an investigation," Kinoti told this news outlet on June 26.

Ruto was said to be adamant to record a statement with Kinoti who is said to have insisted on having a Michael Sang, who was assigned the case, to handle the matter.

Sang, the heads the Economic Crimes Unit, summoned more than 30 officials who attended a meeting at La Mada hotel in Nairobi in mid May, where Ruto claims they discussed his elimination.

Is Kenya's Ruling Party Cracked Down the Middle?
Tagged:
Copyright © 2019 Capital FM. All rights reserved. Distributed by AllAfrica Global Media (allAfrica.com). To contact the copyright holder directly for corrections — or for permission to republish or make other authorized use of this material, click here.