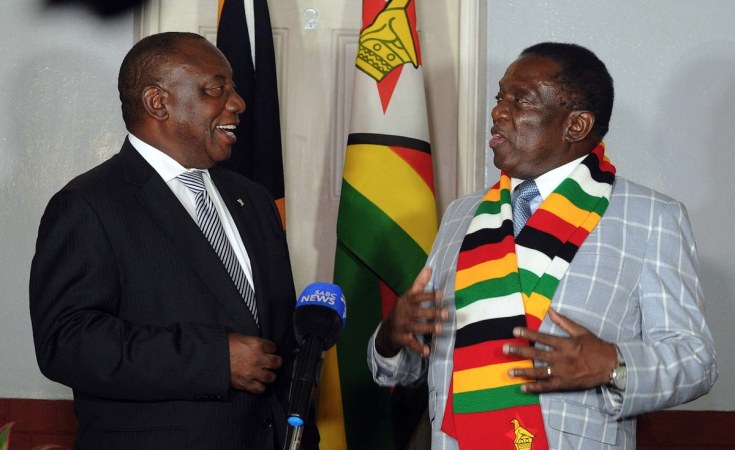 "Last year, we opened Kariba South which produces 300MW on top of the 650MW produced by the other section, but because of the drought, the water levels in Kariba have dropped and it is no longer producing adequate electricity.

Zimbabwe paid US$10 million to Eskom as part of the at least US$40 million owed to the South African power utility.

The President said there are a number of new projects in the pipeline to address the current shortages.

"When I went to China I met President Xi Jinping and they gave US$1,3 billion for Hwange Thermal Power Station 7 and 8 expansion that will give us an extra 600MW," he said.

He said construction of the Batoka Hydroelectric Power Station was expected to commence soon after Zimbabwe and Zambia, who will jointly own the station, selected US's General Electric and China Power for the US$4,2 billion project.

The project is expected to be completed in three years. The station will produce 2 400MW which will be shared equally between the two countries.

Meanwhile, President Mnangagwa also briefed the crowd on the introduction of the new Zimbabwe currency. "As you know, when we embarked on the land reform the British and her allies imposed sanctions on us and this resulted in the weakening of our currency especially between 2008 and 2009," President Mnangagwa said.

"This resulted in the Government adopting the multi-currency system but as you know the US dollar became the dominant currency in the basket with the currency being used in at least 85 percent of the transactions. But as you know no country can prosper using other nations' currencies because they can withhold (it) if you disagree on anything."

He said it was because of that the Government decided to ban the use of the US dollar in local transactions.

Fuel Prices In Zimbabwe Up Again
Tagged:
Copyright © 2019 The Herald. All rights reserved. Distributed by AllAfrica Global Media (allAfrica.com). To contact the copyright holder directly for corrections — or for permission to republish or make other authorized use of this material, click here.