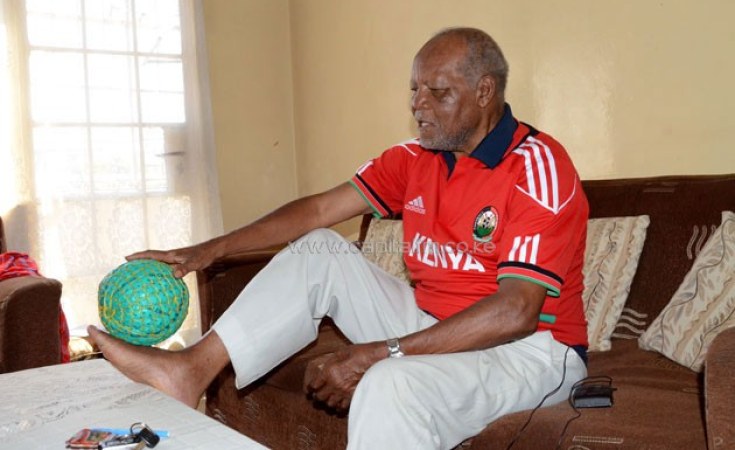 Kadenge's family said he died at the Metropolitan Hospital in Nairobi on Sunday, after a long illness, having suffered a stroke in February.

His son Oscar told Capital FM News that they were making arrangements to move the body to the Lee Funeral Home.

Kadenge suffered stroke on February 14, which was attributed to the death of his daughter Evelyn in the United States which made him admitted in hospital for two months before being discharged April 8

In January 2017, Kadenge finally got his wish of meeting and having a chat with President Uhuru Kenyatta, as the Head of State visited him at his South B home.

Kadenge, who said he has met and talked to all three previous Presidents expressed his desire to meet the sitting President before he bids the world goodbye and his wish on a cool Sunday evening came to pass.

The President did not come empty handed as the ailing Kadenge then was gifted with a comprehensive insurance cover that would see him get treatment in any health institution in the country as well as Sh2mn cash.

The former Harambee Stars striker famed by the 'Kadenge na Mpira shuti goal' phrase Kadenge, has been described as the finest footballer ever produced by Kenya.

Kadenge boasts a sporting family where his younger brother John Anzra, a former athlete is now coaching the Kenyan sprinters team and his sister Esther Kavaya is a former sprints queen.

His sons Evans, Francis and Oscar have stood out to emulate their father, having played for AFC Leopards.

@alexisaboke is the Sports Editor at Capital FM. He has over 10 years of journalism experience in electronic and print media. Find him on the pitch, track, court, course, pool... 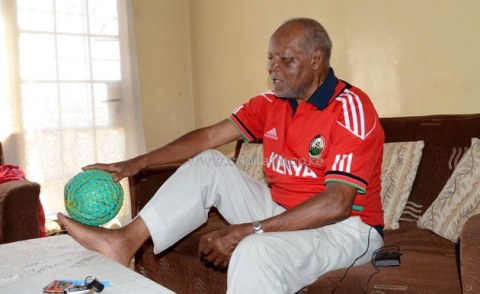