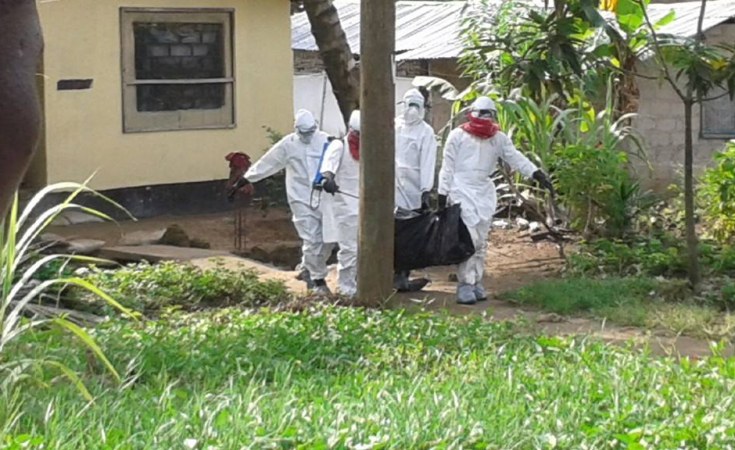 Global collaboration and sharing data on public health emergencies is important to fight the spread of infectious diseases. If scientists and health workers can openly share their data across regions and organisations, countries can be better prepared and respond faster to disease outbreaks.

This was the case in with the 2014 Ebola outbreak in West Africa. Close to 100 scientists, clinicians, health workers and data analysts from around the world worked together to help contain the spread of the disease.

But there's a lack of trust when it comes to sharing data in north-south collaborations. African researchers are suspicious that their northern partners could publish data without acknowledging the input from the less resourced southern institutions where the data was first generated. Until recently, the authorship of key scientific publications, based on collaborative work in Africa, was dominated by scientists from outside Africa.

The Global Research Collaboration for Infectious Disease Preparedness, an international network of major research funding organisations, recently published a roadmap to data sharing. This may go some way to address the data sharing challenges. Members of the network are expected to encourage their grantees to be inclusive and publish their results in open access journals. The network includes major funders of research in Africa like the European Commission, Bill & Melinda Gates Foundation and Wellcome Trust.

The roadmap provides a guide on how funders can accelerate research data sharing by the scientists they fund. It recommends that research funding institutions make real-time, external data sharing a requirement. And that research needs to be part of a multi-disciplinary disease network to advance public health emergencies responses.

In addition, funding should focus on strengthening institutions' capacity on a number of fronts. This includes data management, improving data policies, building trust and aligning tools for data sharing.

During the 2014 Ebola outbreak in West Africa, field and laboratory data collected in real-time were shared between scientists from different countries. These data revealed how the Ebola virus was evolving and spreading in the region. The information was then used to contain the spread of the virus in Guinea, Liberia and Sierra Leone.

Ninety-six individual investigators, including clinicians and scientists, from 60 institutions in 18 countries worked together. They collected and analysed data by sequencing 1,610 Ebola virus genomes. The data informed policy decisions in West Africa because government ministers from Sierra Leone and Liberia were part of the investigators.

The work done in West Africa shows that global data sharing can work.

This north-south collaboration is the research partnership model that the European and Developing Countries Clinical Trials Partnership uses on the continent.

This is a partnership between the European Union and national institutions in Europe and sub-Saharan Africa. It was initially created in response to the global health crisis caused by HIV/AIDS, tuberculosis and malaria. Now it includes research and responses to neglected and emerging infections.

It currently supports several institutions that were involved in the West African study. As the regional director for Africa, I promote global collaborations that acknowledge inputs from Africa researchers and institutions.

Our north-south partnership is also making strides to improve the capacity for collaboration and data sharing.

The global research collaboration includes a number of members such as the African Academy of Sciences, the Academy of Scientific Research and Technology in Egypt and the South African Medical Research Council.

There are several initiatives under way.

For one, the African Academy of Sciences is in the early stages of building a Coalition for African Research and Innovation. This platform will foster collaboration on research and innovation in Africa. It will also address the under investment in scientific talent and research infrastructure.

Another example is the Pan African Clinical Trials Registry. This is hosted by the South Africa Medical Research Council. The registry provides access to contacts for researchers as well as trial sites. It also provides information on which organisation or institution funds various research projects. This data can be used to map clinical trial activity in several disease conditions relevant to the continent such as Ebola.

In 2017, for example, two public health emergencies networks and four regional networks of excellence were funded. This was to ensure that African countries are better prepared to prevent, respond to and minimise the impact of infectious disease outbreaks.

Collaboration and data sharing has become a serious focus in the fight against public health emergencies.

Funding agencies, ethics and regulatory bodies in Africa, reviewers and grant recipients have been looking for ways to consolidate a efforts for collaboration and data sharing.

Among the issues that need to be addressed are big data, the way that databases can be managed and the implementation of systemic reviews. This is critical to prevent the next epidemic.

What the Ebola crisis in West Africa has shown us is that wide scale collaboration is helpful and works. The Global Research Collaboration roadmap instils confidence for such inclusiveness.

How the Ebola Crisis Has Led to Children Dying From Measles

Ebola Outbreak In DR Congo Declared International Emergency
Tagged:
Copyright © 2019 The Conversation Africa. All rights reserved. Distributed by AllAfrica Global Media (allAfrica.com). To contact the copyright holder directly for corrections — or for permission to republish or make other authorized use of this material, click here.