Nigeria: CAN Expresses Concern Over Rape Allegations Against COZA Pastor 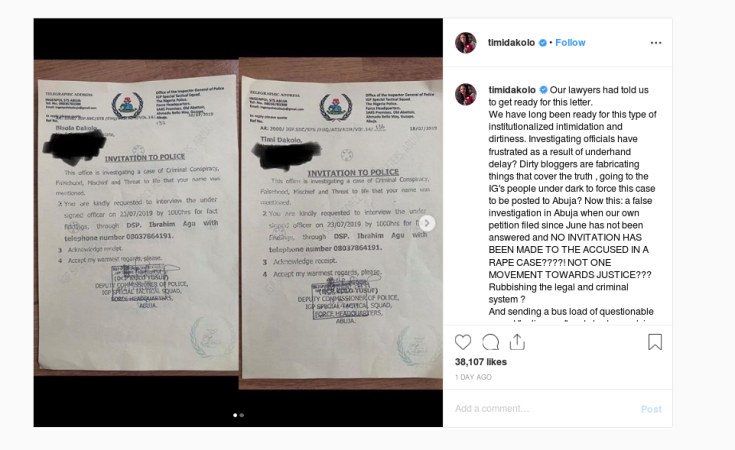 The Christian Association of Nigeria (CAN) on Sunday expressed concerns over allegations of rape against Pastor Biodun Fatoyinbo, the General Overseer of Commonwealth of Zion Assembly (COZA),

In a statement by Joseph Daramola, Acting General Secretary, in Abuja, CAN said no matter who is involved, rape is ungodly and reprehensible.

NAN reports that Busola Dakolo, a photographer and wife of musician, Timi Dakolo, has accused Fatoyinbo of rape.

CAN said it was disheartening how some commentators and columnists have been insulting the Body of Christ in Nigeria as a result of this incident.

Daramola said "like we have earlier stated, it doesn't matter who is involved, rape is ungodly and reprehensible.

"But we have resisted the temptation to jump into any conclusion since a body like ours will be expected to have uncovered the truth about any matter before making public statements and not base its position merely upon media reports.

"Although we have disclosed that Pastor Fatoyinbo's Church has not been an active member of CAN, that does not put the Church outside the spiritual watch-care of CAN.

"CAN is the umbrella body for every Christian and Church in Nigeria.

"Jesus Christ, the Head of the Church, does not turn back anyone that comes to Him and CAN also does not," he said.

Daramola said that the Ministry of the Church, according to Jesus Christ, is the Ministry of Reconciliation, which is centered on true love and forgiveness of those who repent.

He added that the Bible states it clearly that "God demonstrates his own love for us in that while we were still sinners, Christ died for us" (Roman's 5:8,11).

"Having reconciled us to Himself through Jesus Christ, God has committed to us the ministry of reconciling the world unto Himself and to one another.

"Since both Pastor Fatoyinbo and Mrs. Timi Dakolo are Christians, the leadership of CAN is already seeking ways to address the issues in order to heal every wound already inflicted on the parties concerned and the body of Christ in general.

"It is our hope that steps which will exacerbate the current damages already done will be avoided.

"As we seek the help of CAN Elders and the Holy Spirit in resolving the current problem, it is our prayer that both parties will sheath their swords and stop the media war in the interest of the Church and for the greater glory of God," he said. (NAN)

Outrage as Nigerian Pastor Accused of Rape Returns to Pulpit
Tagged:
Copyright © 2019 Daily Trust. All rights reserved. Distributed by AllAfrica Global Media (allAfrica.com). To contact the copyright holder directly for corrections — or for permission to republish or make other authorized use of this material, click here.