Tanzania: Diamond and Tanasha Reveal They Are Expecting At a Star Studded Birthday Bash 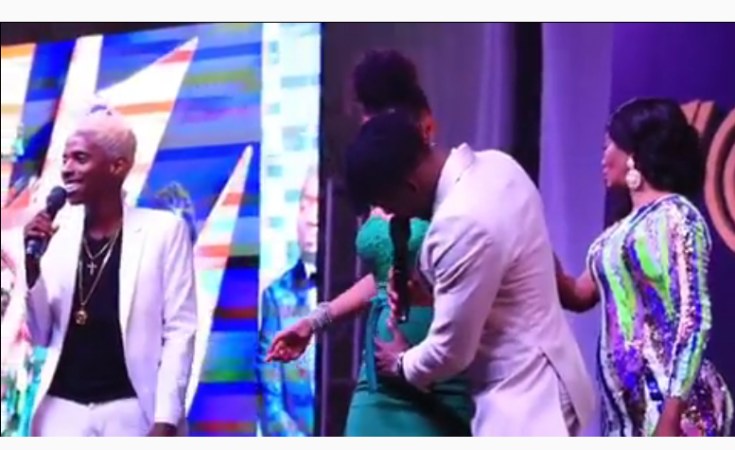 Screenshot/EricOmondi
Tanzanian singer Diamond Platnumz and his Kenyan girlfriend Tanasha Donna announced that they are expecting a baby.
The Citizen (Dar es Salaam)

Dar es Salaam — It is now official singer, Diamond Platnumz and his Kenyan girlfriend Tanasha Donna are expecting a child together within the next two months.

The couple made the disclosure last night, Sunday July 7, during a double birthday celebration of the singer's mother and his girlfriend.

It was a star studded cast which involved the cream of Tanzania's showbiz and for the first time his father was part of the proceedings.

With the women both clad in red flowing evening gowns there was more to it as they were awarded identical Toyota VX cars by the crooner with personalized number plates.

Speaking during the party at Mlimani City Hall, Diamond who was dumped by the mother of her two children Zari over a year ago said that Tanasha is seven months pregnant.

The revelation was reminiscent of the introduction of Zari some Four year ago at the same seen at an event which was billed the Zari All White Party at the same location.

"There is no need of hiding it anymore, she is now seven months pregnant and in two months our family will get bigger," said Diamond.

The two lovebirds have been inseparable since they made their relationship public last year.

Rumours of Tanasha's pregnancy emerged about two months ago after fans noticed her protruding tummy when she was on a night out with the 'Kanyaga' hitmaker in Nairobi.

This will be Tanasha's first child and the Bongo Flava singer's fourth.

Diamond has three other children, two with Ugandan socialite Zari Hassan and one with former Miss Tanzania Hamisa Mobetto.

Be Ready to Raise Your Child Alone, Zari Warns Tanasha
Tagged:
Copyright © 2019 The Citizen. All rights reserved. Distributed by AllAfrica Global Media (allAfrica.com). To contact the copyright holder directly for corrections — or for permission to republish or make other authorized use of this material, click here.