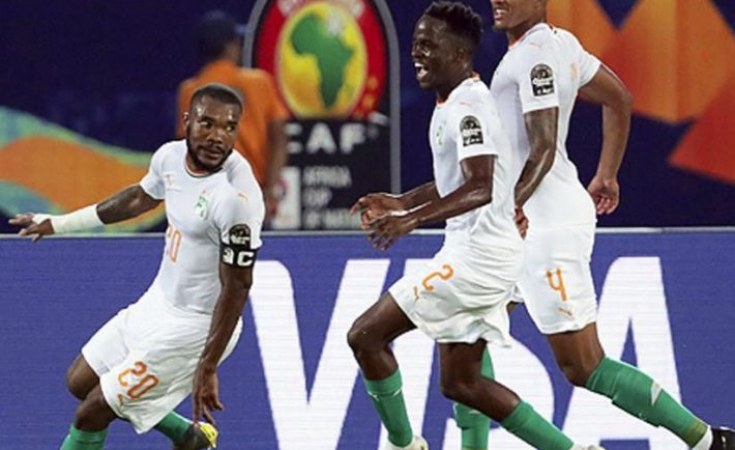 Africa Top Sports
The Elephants on the field.
Confederation of African Football (Giza)

Mali and Ivory Coast are fighting for a place in the quarterfinals of this Total Africa Cup of Nations, Egypt 2019. The match is a renewal of rivalry between the Western African neighbors, whose previous AFCON encounters have always turned to the advantage of the Elephants. Now, the Eagles want to rewrite history.

Mali has never hidden their ambitions before the start of the competition and, why not, be on the podium. But to achieve this, it will take Captain Abdoulaye Diaby and his teammates to get rid of this Ivorian team that is the obstacle to overcome in the knockout stages. This is the case for the Eagles to end this jinx against the Elephants.

The Eagles seem better prepared to defeat their rivals, and Coach Mohamed Magassouba did not fail to note that "football is not built by history."

His opposite number Ibrahima Kamara, don’t want to be the one who will put an end to this Elephants’ series of invincibility against the Eagles in AFCON history.

And he has the human potential with players like Nicolas Pépé who has not yet exploded, Wilfried Zaha, Max Alain Gradel, Franck Késsié and many others to take up this challenge. A West African duel that promises much.

It's a football game for which we are convinced to continue the adventure. We said well before the competition that we have prepared for this AFCON and we will play it to the end. We always tell our players that the matches follow each other and are not alike. As for the invincibility of Côte d'Ivoire against Mali, we say that it is history and it belongs to historians. Our strength is ourselves and every generation must build its own story.

The team is still focused and everything is going very well. We are 100% ready and aware of the stakes. That's what we understood from the first match. At this competition, talent alone is not enough and we have demonstrated it from the beginning of the group stage.

We will approach this match with a fighting spirit. The boys are motivated and know that there is no rest in such a competition. We have prepared for all possibilities that may occur especially since it is a knockout match. Mali is a good team so let's not say Cote d’Ivoire are favorites.

In this tournament there are surprises so nothing is won in advance. We are preparing to make a difference without referring to the past. We hope to repeat what happened on the offensive side against Namibia. We are in a good state of mind and trust our group. We will fight for each other to win the match for the happiness of Côte d'Ivoire.

It's Down to the Last Eight at AFCON!
Tagged:
Copyright © 2019 Confederation of African Football. All rights reserved. Distributed by AllAfrica Global Media (allAfrica.com). To contact the copyright holder directly for corrections — or for permission to republish or make other authorized use of this material, click here.