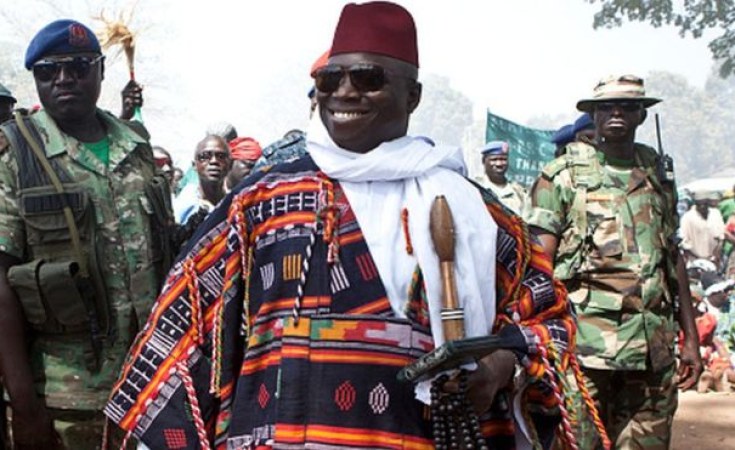 As a journalist who has taken a break from mainstream media to acquire some international experience with hopes of returning to our beautiful question asking profession as soon as possible, it is only natural that I monitor world events. Who is doing what? What is happening where? Which questions are being asked etc?

Some days ago, the story of a 23-year-old former beauty queen in The Gambia, Fatou "Toufah" Jallow, caught my attention. Fatou said she was raped by ex-President Yahya Jammeh when he was in office. Her testimony is part of a Human Rights Watch and Trial International report that details another alleged rape and sexual assault by Jammeh.

The BBC says when it tried to contact Jammeh, who now lives in exile in Equatorial Guinea about the allegations, he did not respond. However, a spokesman for his Alliance for Patriotic Reorientation and Construction party (APRC) denied the accusations made against the former president.

"The ex-president has no time to react to lies and smear campaigns. He is a very respectable God-fearing and pious leader... ," the deputy APRC leader said. Please take note of what the deputy leader said of Jammeh: "He is God-fearing... "

Have you ever seen Jammeh? He loves wearing flowing white robes and always carries a Quran and a tasbih to match. The impression Jammeh gives is that he is actually an "angel" who sleeps with other angels in the heavens but wakes up on planet earth to perform his duties.

Following the revelation by the former beauty queen which paints Jammeh as an "ally" of the very deceptive devil and not in any way a holy man as he would love to be seen by the world, the Gambian government is now calling on all women and girls in the country to report any sexual violence committed by the former President.

The former beauty queen who fled to neighbouring Senegal after the alleged rape and later moved to Canada, has expressed her desire to meet Jammeh in court so he could face justice.

Just in case you may not be aware, in addition to this "despicable" act, during his 22 years in office, the "very holy" Jammeh is said to have amassed a lot of wealth for himself. At one time he even said he will rule The Gambia for a billion years. Don't forget that Jammeh took power in a 1994 coup and later became an embarrassment to many Gambians until he forced out of power.

The truth is that we have many people in Africa who behave just like Jammeh. They come to power with a promise to live according to the tenets of democracy and respect for human rights but end up becoming worse than the devil himself reinforcing the shameful label by some people that "Africa is the dark continent".

In Sudan, toppled president Omar al-Bashir has been charged with corruption. Al-Bashir was arrested in a military coup on April 11 this year after months of mass protests against his autocratic rule. The people were protesting over bread while Al-Bashir had bags of foreign currency in his home. The former president has now been charged "under foreign exchange possession materials, the heinous and suspicious wealth and emergency orders".

As someone who has lived and worked in Europe, the view or the label of many people is that Africa is a continent of endless conflict, poverty and corruption.

Some years ago, in the run-up to presidential elections, I interviewed a number of presidential candidates, including Ernest Bai Koroma, Sierra Leone's ex-president. During his time in office, Koroma's praise singers called him "world best". I was appalled by ridiculous images of the now former president posing with a football in a fashion that made him even better than Messi, the god of football. The fact is that those who called Koroma "world best" were not wrong at all. To them, the blatant corruption during the APC rule is a good and deserving label for Sierra Leone, a country that has known nothing but tragedies over the years.

With praise singers all around him, little wonder that Koroma strongly believes that his rule was excellent even when his allies have been coughing up millions of stolen money and have convinced the nation beyond reasonable doubt that the APC was a government of kleptomaniacs.

Did God create us in His image? Like Jammeh, are we really a God-fearing nation or just the best examples of hypocrites? What label are we accepting or rejecting as a nation or a continent? To be continued.

About the author: Sulaiman Momodu is a former editor of Concord Times newspaper. He has also worked for United Nations peacekeeping and humanitarian operations. He is currently a student of Theology. 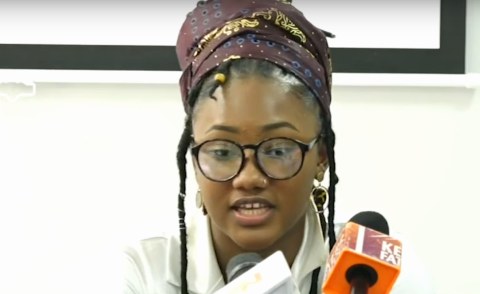 Gambia's Jammeh Ordered Journalist Hydara's Murder - Report
Tagged:
Copyright © 2019 Concord Times. All rights reserved. Distributed by AllAfrica Global Media (allAfrica.com). To contact the copyright holder directly for corrections — or for permission to republish or make other authorized use of this material, click here.