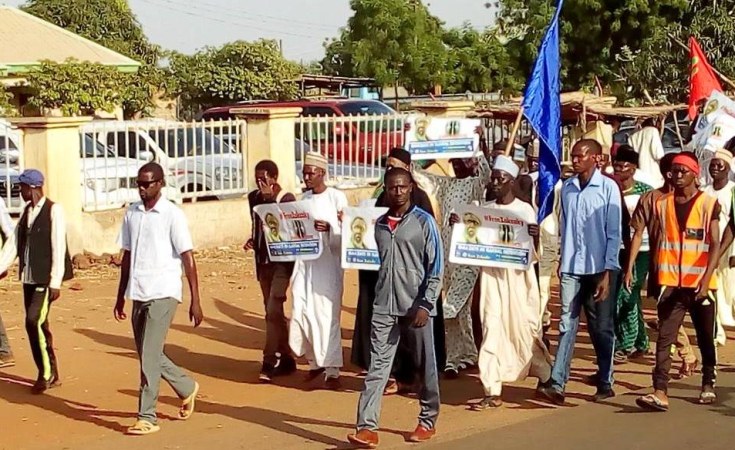 Abuja — Hundreds of members of the Shiite Islamic religious sect on Tuesday stormed the National Assembly and beat the security network at the first gate in a bid to gain entrance into the premises.

Attempts by armed policemen to stop the followers of detained Ibrahim Yaqoub el ZakZaky, the founder of the Islamic Movement of Nigeria (IMN) to cross the second gate was challenged by the sect members who hauled stones and other dangerous objects at the security personnel at the end of which two policemen sustained serious injuries on their head.

The injured policemen had since been moved to the National Assembly Clinic where they are currently being attended to by medical personnel.

The Shiite sect members have refused to leave the second gate of the National Assembly despite volleys of gun shot into the air by the security men that had since barricaded the entrance to the Assembly.

Nigerians Up In Arms at Shiite Leader's Hefty Food Bill

Deaths As Nigerian Security Forces Clash with Shiite Protesters
Tagged:
Copyright © 2019 This Day. All rights reserved. Distributed by AllAfrica Global Media (allAfrica.com). To contact the copyright holder directly for corrections — or for permission to republish or make other authorized use of this material, click here.