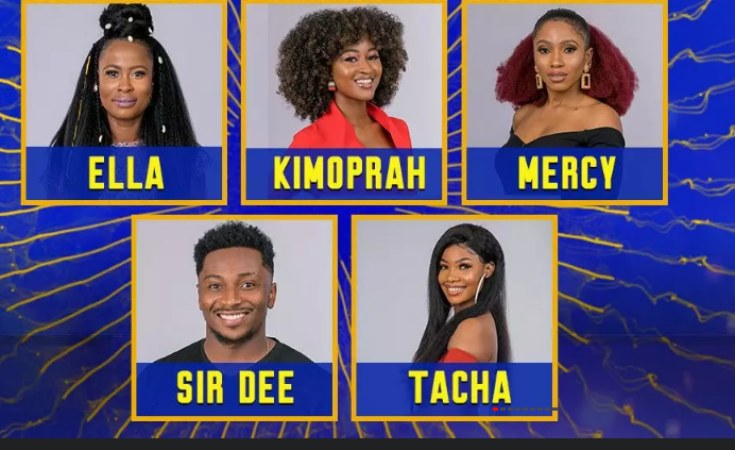 The Nomination Show on Monday night was marked by suspense and tension as the housemates made their way individually to the diary room to nominate two housemates each for possible eviction.

At the end of the process, Tacha topped the nomination list with a total of eight votes with Ella coming next with six votes. Frodd received four votes whilst the duo of KimOprah and Sir Dee each had two votes.

In the 20 seconds given him by Biggie, he saved himself and made a surprise replacement with Mercy. Thus, Mercy automatically becomes nominated for possible eviction alongside the four nominated earlier come Sunday, July 14.

Daily Trust reports that the first Nomination Show generated immense reactions on social media with fans already canvassing support for their favourite housemate to stay in the house.

Voting on Big Brother Naija season 4 is officially open, according to the organisers. They stated that fans can now vote for their favourite housemate to stay in the Big Brother Naija house via SMS or freely on the website and mobile site: www.africamagic.tv/bigbrother.

"With the all new MyDStv & MyGOtv Apps, fans can get additional 100 votes for their preferred housemate. The drama continues 24/7 on all DStv packages and GOtv packages," they noted.

Ella, KimOprah Bow Out of Big Brother Naija
Tagged:
Copyright © 2019 Daily Trust. All rights reserved. Distributed by AllAfrica Global Media (allAfrica.com). To contact the copyright holder directly for corrections — or for permission to republish or make other authorized use of this material, click here.