Kenya: All About Three Kenyans Who've Made It Into Forbes Africa 30 Under 30 List 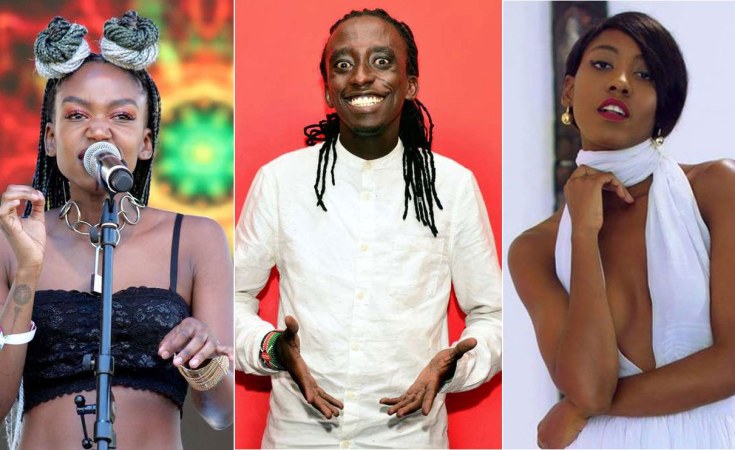 Three Kenyans have made it into this year's fifth milestone annual Forbes Africa 30 under 30 list. The three are among 120 personalities across four sectors - business, technology, creatives and sport.

The three Kenyans in the list are a filmmaker, a musician and fashion stylist.

But just who are these three youthful Kenyans who've made into the prestigious list?

At university, Njue and his partner used his student loan to direct and produce a short film that he had written in his hostel. The film, Sticking Ribbons, was released in 2013 and Njue went on to win the award for Best East African Talent at the 2014 Zanzibar International Film Festival.

Njue would again use the monetary reward of Sh100,000 to invest in his next short film, Intellectual Scum, which went on to screen in 15 film festivals globally.

"I was proud to thought-provoke the audience on the unequal racial relationships in Africa's cultural and political landscape," Njue said.

After gaining experience creating short films, he then decided it was time to make bigger ones, a full-length feature film. This ultimately led to him founding a business in 2016, Rocque Pictures.

With only enough money to register the business, he knocked on doors while pitching his first feature film, 18 Hours. Of the Sh4.5 million needed, he managed to raise Sh1.3 million from a university professor and an entrepreneur.

In the end, the film was finished and launched in November 2017. It sold out at a cinema premiere in Nairobi. In 2018, the film won the Best Overall Movie in Africa, Africa Magic Viewers' Choice Awards, making history as the first Kenyan film to be nominated and win in the history of the awards.

"As the CEO of Rocque Pictures, the goal is to set up a state-of-the-art film studio with a sound stage, backlot, a film park and an underwater film stage in Nairobi by 2030," he says.

You might know Karun from the pop trio Kenyan group Camp Mulla, nominated for a BET Award in the US in 2012. But this alternative R&B pop artiste is now taking on the world solo and is one of Kenya's rising new wave artistes.

Born Karungari Mungai, she started her music career at 14 and went on to attend the prestigious Berklee College of Music in the US.

Since then, she has had the opportunity to perform at live festivals and shows across the globe such as the SXSW 2015 (Austin TX) as part of the collective Cosmic Homies.

The young artiste is currently working on a full-length project, and is in the process of planning a pan-African and northern hemisphere tour.

"The goal is to be the biggest female R&B act out of Africa. Watch this space," says Karun.

In 2017, Yaa Bonsu met international model Naomi Campbell who told her to believe in herself, and then signed a copy of her Vogue magazine. Bonsu took her advice and has been climbing the international ladder in fashion since.

"I remember flipping through Vogue magazines when I was 15 years old and being engrossed in this glossy world. After I watched the film, The Devil Wears Prada, I knew the fashion world belonged to me," she says.

Today, she spends her days with runway models, designers and in the thick of fashion shoots for some of those glossy magazines. In 2016, she relocated to Dubai where her career in the fashion industry took off.

She connected with industry powerhouses such as Naomi Campbell, Zeynab El-Helw and Shashi Menon. She has had the opportunity to style an advertorial for the luxury brand Fendi, SS19, in April 2019.

The same year, she produced a fashion editorial for Revolution magazine that featured high-end jewelry - Dior, de GRISOGONO, Bvlgari and Piaget, an achievement she says she is most proud of.

She has set her goals on becoming an internationally-renowned fashion powerhouse joining the leagues of icons Victoria Beckham, Edward Enninful and Vanessa Kingori.

Bonang Announced As Speaker for Forbes Africa Under 30 Meet-Up 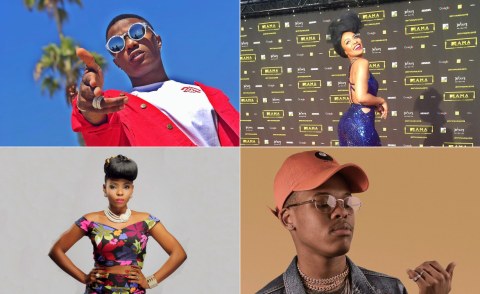 Here's Who Made Forbes Africa's 30 Under 30 List
Tagged:
Copyright © 2019 Nairobi News. All rights reserved. Distributed by AllAfrica Global Media (allAfrica.com). To contact the copyright holder directly for corrections — or for permission to republish or make other authorized use of this material, click here.