Uganda: Former LRA Fighter Says He Did Not See Ongwen During Pajule Attack 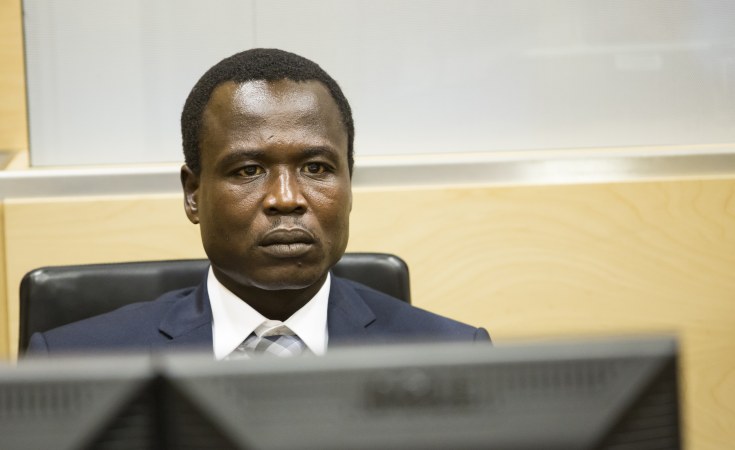 A former Lord's Resistance Army (LRA) fighter who took part in the LRA attack on the Pajule camp for internally displaced people (IDP) 15 years ago told the International Criminal Court (ICC) he did not see Dominic Ongwen during the attack.

Daniel Opio also told the court he was treated in the same mobile medical unit as Ongwen. He said that during the time Ongwen received treatment from the medical unit, he did not have command over his fighters. Opio testified for the defense in the trial of Ongwen on Monday, July 1, and Tuesday, July 2, via video link from an undisclosed location.

During the course of Ongwen's trial, several prosecution and defense witnesses have testified that Ongwen had an injury at the time of the October 10, 2003 attack on Pajule. Their accounts have varied on whether Ongwen's injury prevented him from helping plan or participate as a commander in the Pajule attack.

The prosecution's September 6, 2016 pre-trial brief estimated Ongwen was injured in November 2002, and he remained in one of LRA's mobile medical units, commonly known in the group as sick bays, up to August 2003. That pre-trial brief stated that evidence showed Ongwen reported over two-way radio attacks carried out by fighters under his command while he was in the sick bay. The practice in the LRA was for commanders to report the activities of their units to their superiors on two-way radio.

In his testimony, Opio said he could not remember the dates of either the attack on Pajule or when he and Ongwen were in the sick bay. The defense and prosecution have agreed that the Pajule attack took place on October 10, 2003.

On July 1, Thomas Obhof, one of Ongwen's lawyers, asked Opio about a meeting at Ter Latanya that took place ahead of the Pajule attack. Obhof asked him which commanders were present at the meeting or RV, as meetings of commanders of different LRA units was commonly referred to in the group. Opio said among the commanders at the meeting were the then deputy LRA leader Vincent Otti; Raska Lukwiya; Bogi; and Buk Abudema, who was the commander of the Sinia brigade that Opio was a member of.

"Did you see Mr. Ongwen at the RV?" asked Obhof.

"I did not see him physically because it was dark," replied Opio.

"Did you come to know if he was there?" asked Presiding Judge Bertram Schmitt.

"I heard he was there, but at the time when I was moving or in the areas where I was moving, I did not see him," replied Opio.

"Did you hear this or did you come to know this? Who told you?" asked Judge Schmitt.

"I came to know. I heard about it because there were three standbys, and I was in the third standby. Some people, they told me that Dominic is also present. For me I did not see him," replied Opio. Standby was a term used in the LRA to refer to fighters selected for a particular task. The fighters were often drawn from different battalions or brigades of the LRA.

"Mr. Witness, around that time of the attack on Pajule what did you hear about Mr. Ongwen's health?" asked Obhof, a little later.

"From what I heard I was told there was improvement in his health, but he was still weak. That is what I heard," answered Opio.

"Did you hear if Mr. Ongwen was commanding soldiers anymore?" asked Obhof.

"That one, in my own understanding, not even on hearsay, he did not have any strength or ability to do that. But Pokot and Okello Kalalang were the two people who were leading the [Oka] battalion," replied Opio. He was a member of the Oka battalion, which was one of three battalions in Sinia brigade. Ongwen was also a long-standing member of Sinia brigade.

Earlier on July 1, Obhof asked Opio about his time at the sick bay when Ongwen was also there. Opio said he saw Ongwen was injured on his leg, but he did not remember how long they were in the sick bay together.

"When you were in sick bay with Mr. Ongwen, did he have a radio call?" asked Obhof, using the term LRA members used for a two-way radio.

"When we were with Mr. Ongwen there was no radio call at the base, but when people come, people bring food ... they come with radio call, sometimes," answered Opio. Obhof asked him what he meant by people bringing food. Opio said LRA units were responsible for supplying the sick bays with food.

"What type of command did Mr. Ongwen have while he was in sick bay?" asked Obhof.

"To be honest Dominic did not have any authority, but he was respected. He was respected as a high-ranking officer who was at the sick bay," replied Opio.

"Mr. Witness, at the time when you were together with Mr. Ongwen at the sick bay did the sick bay have a commander?" asked Judge Schmitt.

"Yes, it did have a commander, but unfortunately I understand he is now deceased," answered Opio.

"What was his name?" asked Judge Schmitt.

"Well, I do not recall the name of that commander," answered Opio.

"What would be Mr. Ongwen's duty while he was in sick bay?" asked Obhof.

"What I know very well is that his work is just to keep his fellow people happy," replied Opio.

"No, not yet, but at least for myself I was a little [better], feeling better, and I would walk much better than him," answered Opio.

Other questions Sachithanandan asked of Opio were details of the attack on Pajule. This part of Opio's testimony was closed to the public.

At the start of his testimony, Judge Schmitt said Trial Chamber IX ordered that any self-incriminating testimony Opio gave would be in private session. The judge also said the prosecution assured Opio that any self-incriminating testimony he would give would not be used against him indirectly or directly in any future case so long as he told the truth. Opio also had a legal adviser, Peter Kabatsias, present to guide him.

Opio concluded his testimony on July 2. Nicholas Ocirowijok was the next witness to testify. 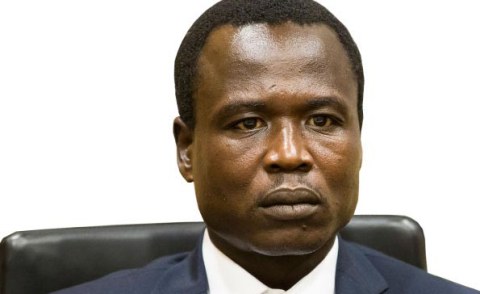 Former Ugandan Rebel Leader's Trial Begins at Hague
Tagged:
Copyright © 2019 International Justice Monitor. All rights reserved. Distributed by AllAfrica Global Media (allAfrica.com). To contact the copyright holder directly for corrections — or for permission to republish or make other authorized use of this material, click here.