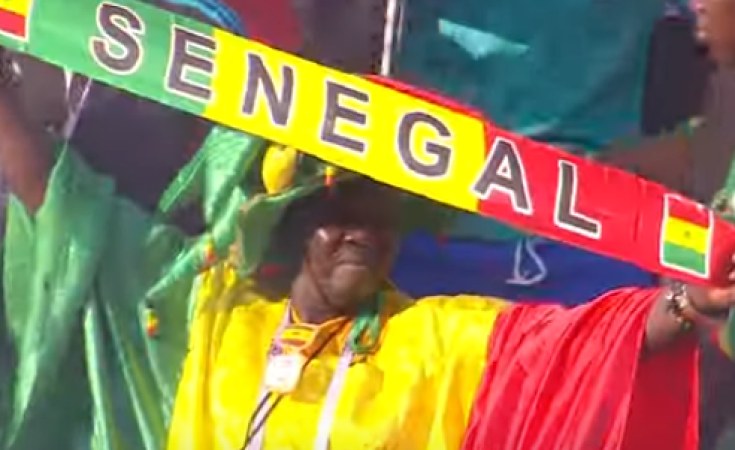 Idrissa Gueye scored in the 69th minute to hand Senegal a 1-0 win over Benin and send the Lions of Teranga to the semi-finals of the Total Africa Cup of Nations Egypt 2019.

This is the first time Senegal are going through to the last four since 2006 when they reached the semis and lost the play off. In the three tournaments that followed, they couldn't make it past the group stage while they were eliminated in the quarter finals in 2017.

The Video Assistant Referee (VAR) came into use for the first time in the tournament's history and was called upon in the 72nd minute, ruling out a Sadio Mane goal, but that counted for less as Senegal held on for the win.

Benin were reduced to 10 men with eight minutes left after Olivier Verdon was sent off following a late tackle on Gueye.

After a tale of missed chances, Senegal finally got their goal, one made from Merseyside. Liverpool's Sadio Mane teed up Everton's Gueye before the latter burst into the box and shot past the keeper. After the goal, Mane should have added to his tally of three in the tournament.

Sub Krepin Diata sent him through on goal, but his shot was well saved by the keeper. He had another chance after his goal was ruled out by VAR but again, he could not get a shot past the keeper.

The Teranga Lions controlled much of the game and should have gone to the break with at least a goal on the balance of chances they created in the first half. Mane had the earliest chance in the 19th minute when he chested down beautifully a well weighted ball from Kalidou Coulibaly, but he was sandwiched by the two Benin central defenders and couldn't pull the trigger with goal in sight.

Benin had two good chances in the 23rd and 25th minutes through Cebio Soukou. His first effort was from range which went just wide.

Two minutes later, he came close when he curled in a freekick from the right but it went agonizingly off target with a number of Benin legs thrown at it missing the crucial touch to guide the ball home.

Senegal bossed the game and had another opportunity to score late in the half though it almost turned out to be a game of ping pong. Niang broke off on the left but his shot was saved by the keeper before follow up efforts from Gueye and Keita Balde were both blocked at the edge of the six yard box.

At the start of the second half, Benin started with frenzy looking to bury the chances early. Sessi D'Almeida had a shot go wide from range before Mickael Pote missed a glorious chance.

The ball flew straight into his boot unmarked from a Soukou cross from the right, but his aim at goal with no one on his shadow went straight to the keeper's arms.

As the game wore on, goal scorer Gueye was substituted to a standing ovation and in his place came defensive midfielder Salif Sane to see off the single goal lead.

I am very happy for our team especially since Senegal has not qualified for an African Cup semi-final for a long time. We managed to dominate, score and win this match to ensure this qualification. We tried to be patient at first and to respect the instructions of the coach. As soon as we scored, we went forward to attack even more but the main thing for us is the qualification.

We are very happy after this victory. The Benin team was very difficult and they demonstrated it tonight. We had the opportunity to score very early but we could not.

I would like to congratulate the Benin team and their coach for the efforts provided since the beginning of the tournament. My players gave everything to be on top, to play higher and score. I want to congratulate my players for the heroic match as well as the qualification that is deserved for us.

Since 2006, Senegal has not reached the semi-finals of the AFCON, which proves that we are working to become the best.

We knew that the match was going to be difficult for us as it has been since the beginning of the tournament where we played against big teams such as Morocco or Ghana. Despite the defeat, we are satisfied with our performance in the competition.

I want to congratulate my players for this course, especially as we are doing well with this group. We are disappointed but we have to keep our heads up. The tournament allowed us to take a new step and my players made the Benin people proud.

Nigeria Through to Semis After Beating South Africa in Cairo

Buhari Praises 'Indomitable Spirit' of The Super Eagles
Tagged:
Copyright © 2019 Confederation of African Football. All rights reserved. Distributed by AllAfrica Global Media (allAfrica.com). To contact the copyright holder directly for corrections — or for permission to republish or make other authorized use of this material, click here.