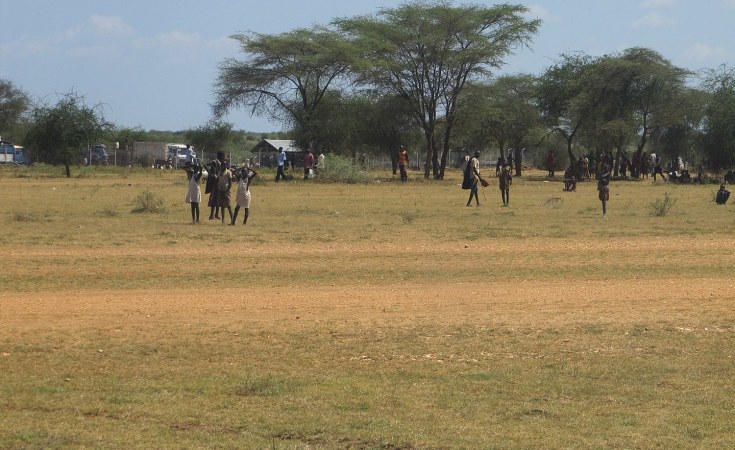 Juba — A court in South Sudan has annulled a child marriage, in a rare legal case that activists say could signal a turning point for women's rights in the conservative country.

The marriage of a 16-year-old girl, the daughter of a cattle herdsman, to a 28-year-old man was deemed illegal by a court in Kapoeta late last month, the southern state's information minister Simon Karlo said this week.

Despite the legal age of marriage being 18, more than 50 percent of South Sudanese girls are wed before their 18th birthday, according to the United Nations children's agency UNICEF.

Poverty, climate change, low levels of literacy and gender inequality in education have fuelled child marriage in the country for years.

But activists said last month's ruling, the first of its kind in South Sudan's eight-year history, could set a precedent for other girls in the country wishing to end marriages entered into at a young age.

"Child marriage is common in Kapoeta because the communities are cattle keepers and so they use their daughters for wealth," Karlo told the Thomson Reuters Foundation by phone.

"It is indeed the first time for a court here [in South Sudan] to take on such a case."

The girl's father, uncle and groom were each sentenced to three years in prison after arranging the marriage.

It involved paying a dowry of 60 cows to the bride's family, according to Steward Women, the advocacy group that provided the girl with legal assistance.

The ruling against the three men was later overturned at the request of the girl and on the condition of a written "commitment" from the men pledging not to force her into marriage again.

"As a way of harmonizing the statutory law and customary law, the sentence was suspended and the girl was put under the protection of a guardian," said Josephine Chandiru, executive director of Steward Women which offers legal advice to victims of sexual and gender-based violence.

"This was a historical moment ... The judge opened a gateway for us to use it as a precedent in future child marriage cases."

South Sudan has the seventh highest prevalence of child marriage in the world, according to UNICEF's head of child protection, Jean Leiby.

"Already the fact that this issue came to court is a step forward in South Sudan," Leiby said.

He called for improvements in the education of children and their parents as a way to combat child marriage.

"In many places in the country, many people do not know the modern laws," he said. "So in line with that, sometimes you cannot blame the community for some actions because they don't know."