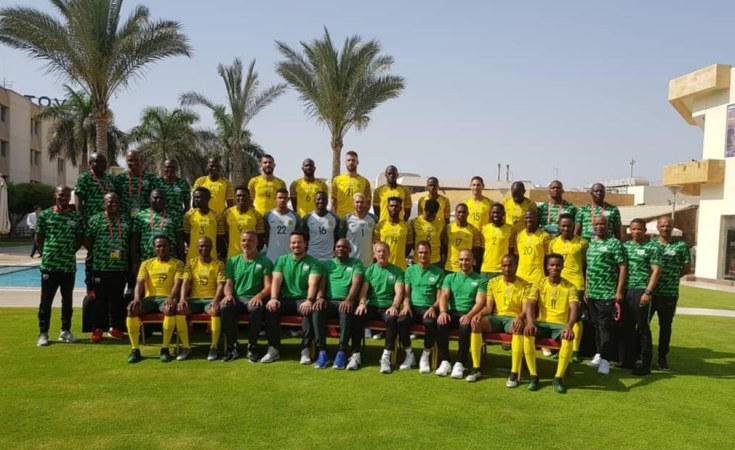 Bafana Bafana lost 2-1 to rivals Nigeria in an absorbing AFCON quarter final match at Cairo International Stadium on Wednesday night to bring their run in the tournament to a disappointing end.

It was another sucker punch that put paid to Bafana Bafana's progress in the tournament when defender William Ekong scored in the dying minutes of the second half when everyone had resigned to extra time.

It was a painful end of Bafana Bafana's run and more so after Bongani Zungu had brought parity to the match on the 70th minute with a header which had to be referred to VAR after the referee had initially ruled the goal offside.

Nigeria took the lead in the 27th minute when Samuel Chukwueze bundled the ball home from close range to bring the sparsely crowd to life.

Apart from Nigeria's goal, there were little clear cut chances from both sides but soon after resumption, the action roared back into life.

Nigeria hit the cross bar from a free kick but South Africa always looked the more likely side to score the equaliser.

And Zungu did just that on the 70th minute.

And with Bafana Bafana pressing forward for the winner, it was Ekong who scored from a corner when the tiring defence failed to clear their lines.

Coach Stuart Baxter retained the same team that eliminated hosts Egypt in the last 16 with goalscorer Thembinkosi Lorch retaining his position ahead of Themba Zwane who was available after completing his suspension.

Nigeria coach Gernot Rohr had suggested South Africa were favourites in the build-up following their defeat of the record seven-time champions, a tag Baxter promptly rejected with Bafana Bafana's lone competitive win coming in qualifying for these finals.

Will Tunisia Extinguish Fiery Madagascar's Afcon Dreams?
Tagged:
Copyright © 2019 South African Football Association. All rights reserved. Distributed by AllAfrica Global Media (allAfrica.com). To contact the copyright holder directly for corrections — or for permission to republish or make other authorized use of this material, click here.