South Africa: Gordhan - Mkhwebane Is Helping the State Capture Project By Targeting Me 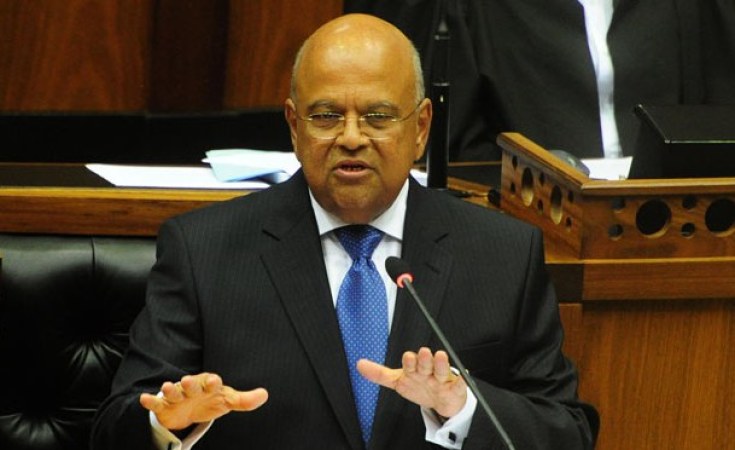 Public Enterprises Minister Pravin Gordhan has launched a full broadside against Public Protector Busisiwe Mkhwebane in his founding affidavit as part of an application in the high court.

In court papers, Gordhan says Mkhwebane wants to see him removed from office for political reasons and that if she is successful it will be in the interests of state capture.

He also says she has "wittingly or unwittingly" allowed her office to be weaponised in the onslaught against him, with the EFF as a main proponent of the assault.

Gordhan asked the court to interdict the remedial action Mkhwebane has instructed President Cyril Ramaphosa and others to take in the wake of her investigation into the so-called "rogue unit" at SARS. He also asked the court to review and set aside the report.

In a strong statement of intent, Gordhan details the extent and depth of the fightback campaign against Ramapahosa's reforms, and locates Mkhwebane and the EFF squarely on the side of those resisting governance reform. In the affidavit, he says he will not be deterred in his efforts to help reform the state and that "scurrilous and baseless claims" are made by those "who wish to defeat our constitutional project".

Mkhwebane's investigation and report into him appear to join the pattern of state capture, Gordhan claims, whereby institutions are repurposed for nefarious ends and a diversion of those institutions from their constitutional roles.

The former finance minister quotes extensively from court judgments relating to reports by the Public Protector that have either been set aside or interdicted from being released (including the SA Reserve Bank and the Estina dairy matters) and says her patterns of behaviour are clear.

"It is even clearer when one considers the two reports together that the Public Protector is seeking to achieve my removal of office as a member of the executive to achieve political objectives. This would only serve to facilitate the state capture project and activities.

"It would also undermine the renewal of state institutions currently underway and will promote the interests of political proponents of state capture. Finally, it will let off the hook those responsible for corruption and the pocketing of public funds."

He also accuses the EFF of being at the forefront of the campaign against him and that they are major players in attempts to keep alive the "lie" of the "rogue unit" and corruption related to him. He says they are "vocal supporters" of Mkhwebane when her competency, legal literacy and impartiality is questioned. He says the EFF has a political motive in their various complaints against him and that Mkhwebane is "unquestioning" in her acceptance of the party's motives.

"This is the result of incompetence, bias or both," he argues.

"I reject this campaign and will continue to repeat the truth as many times as are necessary until it is clear what the facts are: There was no rogue unit at SARS."

The Public Protector has been asked for comment. This report will be updated if she responds.

Previous Story
Next Story
ANC Slams Mkhwebane, but EFF Protects and Lauds Her

ANC Slams Mkhwebane, but EFF Protects and Lauds Her