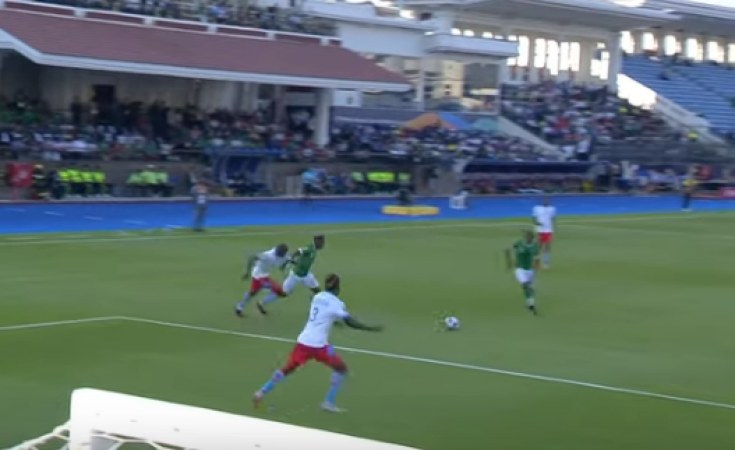 The lowest ranked team in the 2019 Africa Cup of Nations quarter-finals Madagascar are having a football party they never dreamed of and they want it to continue.

"We are happy to give the 25 million Malagasy people back at home joy. We are not in a hurry to return home. We are hoping to stay here as long as possible," said Madagascar French coach Nicolas Dupuis.

"I have an exceptional group of players. They are a talented bunch with good teamwork. We are winning without a star. We are defeating big teams and are now in the quarter-finals. I know we are still outsiders. We want to continue writing history," said the 51-year-old Frenchman who previously used to coach FC Fleury, an amateur club in his home country.

Dupuis has moulded together a useful side made up of mainly players from lower leagues in France that has shown scant respect to Africa's established order.

Then the team that lost 0-1 to Kenya in a friendly international match in early June fought to a 2-2 draw with one time African champions DR Congo to force a penalty shoot-out that they won 4-2 to continue writing history.

The Indian Ocean islanders had already created history just by qualifying for their first ever African finals, but they stretched their remarkable tale by getting through to the knock-out stage, something more regular campaigners like Harambee Stars have never achieved.

So what did this Frenchman, who used to teach in school as he coached part timer side Fleury, before accepting the job of handing the Barea (Madagascar football team's nickname which is a kind of Zebu cow) tell his players before the championship started?

That question elicited a pause, then a wry smile before the answer: "I told them to dream together. I had a good group of players and I told them to keep their consistency, and if we did that, we would go far. I told them everything is possible. It will be difficult but achievable to win matches at the Afcon. I told them to give their people back at home in Madagascar joy."

The coach has insisted that there are no stars or big names in his side, just great teamwork. But you can pick out for mention French-born Marco Ilaimaharitra and Bulgaria-based Anicet Andrianantenaina, a midfield duo that has been at the heart of the Malagasy game here in Egypt and old horse Lalaina Nomenjanahary of Ligue Two side Paris FC, who has an instinct for scoring and inspiring. Not big names, but heavy enough to help drag this Zebu closer to the dream pastures.

Algeria, Tunisia Through to AFCON Semi-Finals
Tagged:
Copyright © 2019 The Nation. All rights reserved. Distributed by AllAfrica Global Media (allAfrica.com). To contact the copyright holder directly for corrections — or for permission to republish or make other authorized use of this material, click here.

If He Hits You, He Loves You - Zimbabwe Tackles Myths & Violence
Travel