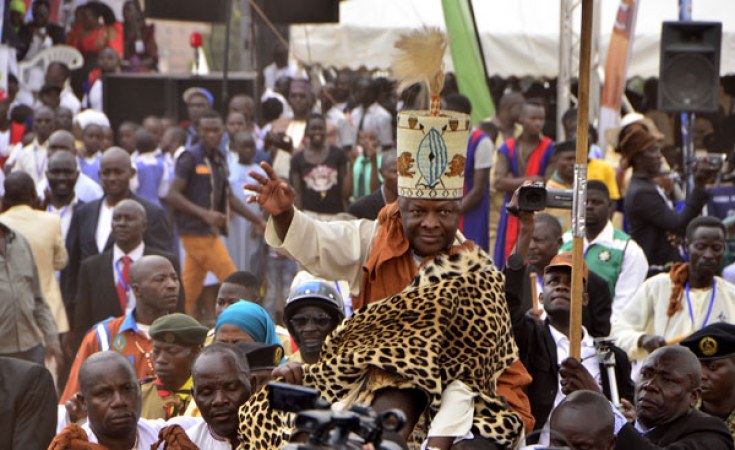 Daily Monitor
Loyalists carry Kabaka Ronald Muwenda Mutebi II shoulder-high to the rostrum during his silver jubilee anniversary of his coronation in Mengo, Kampala.
The Nation (Nairobi)
By Daily Monitor

Uganda's High Court in Mukono on Wednesday summoned Kabaka of Buganda, Ronald Muwenda Mutebi II, to defend himself against accusations of land grabbing.

The Kabaka is sued alongside Mr Elbright Ssemboga Kalule, a city businessman, Mr David Nsereko, a Buganda Kingdom official and the Mukono District registrar of titles.

However, Mr Nsereko, who is one of the defendants and an adviser on Kabaka's private land in Buganda Kingdom said they are ready to defend themselves in court.

"We are ready to defend ourselves in court because the piece of land we sold belonged to the Kabaka and we followed all processes," he said in an interview on Tuesday.

Through their lawyers of Baganda and Ssekatawa Advocates, the family claims to be the rightful owners of the contested land, which they inherited from their grandfather Yosufu Mukasa who was working in Kabaka's palace back in the days.

They claim the original duplicate of title got lost and the family tried to apply for a special certificate of title but failed because Mr Kalule and Kabaka had already claimed ownership of the same land.

They want court to issue an eviction order against Mr Kalule from the land and cancel titles issued to him. They also want a declaration that the family is the rightful owner of the land until the main suit is heard and disposed of.

The Kabaka and other defendants have up Thursday to file in their defence.

70 Percent On Kabaka's Land Have No Titles 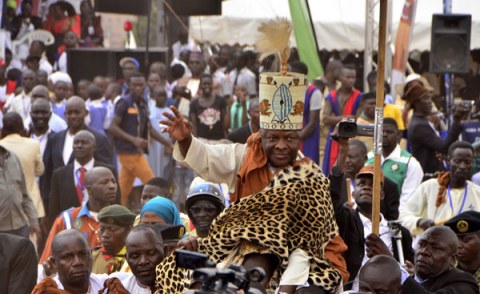 Ugandan King Condemns Corruption
Tagged:
Copyright © 2019 The Nation. All rights reserved. Distributed by AllAfrica Global Media (allAfrica.com). To contact the copyright holder directly for corrections — or for permission to republish or make other authorized use of this material, click here.