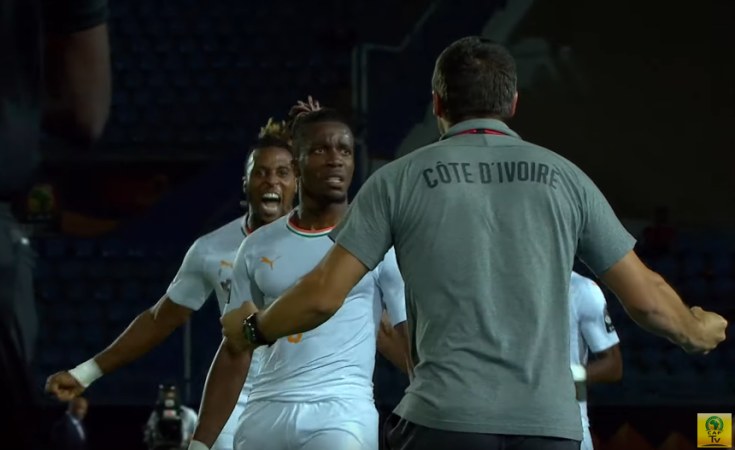 Ivory Coast's Elephants and the Desert Foxes of Algeria have been involved in two thrilling quarterfinals before in 2010 in Angola and 2015 in Equatorial Guinea and both were full of goals.

In Angola, the Desert Foxes were trailing 2-1 on 89th minute, on the brink of elimination, Madjid Bougherra levelled in stoppage time and unmarked substitute Hamer Bouazza headed a 92nd-minute winner in extra time.

However, television replays suggests that Kolo Toure's equaliser in extra time that found the net was wrongly judged offside by an assistant referee.

Four years later, the Elephants got their revenge when Wilfried Bony scored twice in a 3-1 win and went on to lift the trophy.

It will be a mouthwatering quarter final tie in New Suez Stadium tonight. This time round the Video Assistant Referee (VAR) will beapplied.

Unbeaten Algeria, is the inform team going into the tie, scoring ninegoals in four matches and letting in one but the West African are slowly finding their feet. The introduction of Crystal Palace winger Wilfried Zaha in attack to combine with Aston Villa's Jonathan Kodjia and Lille's Nicolas Pépé has given coach Ibrahim Kamara hope.

Coach Djamel Belmadi's side led by Man City's Riyad Mahrez, have been excellent in attack scoring six goals in last two matches. Adam Ounas of Napoli, mainly used as a substitute and Riyad Mahrez have five goals between so far. The impressive midfielder Youcef Belaili also has scored twice and Baghdad Bounedjah one. The quarte are capable of hurting the Elephants.

Picking a winner is difficult as Egypt 2019 has been full of upsets, goals are guaranteed in this fixture.

*Ivory Coast and Algeria have seen both team scoring in their last three meetings. (all competitions)

*Ivory Coast are unbeaten in three of their last four matches. (Afcon)

*Algeria are unbeaten in their last four matches. (Afcon)

Desert Foxes Take Momentum Into Clash Against The Elephants

Will Tunisia Extinguish Fiery Madagascar's Afcon Dreams?
Tagged:
Copyright © 2019 The Monitor. All rights reserved. Distributed by AllAfrica Global Media (allAfrica.com). To contact the copyright holder directly for corrections — or for permission to republish or make other authorized use of this material, click here.