Burundi: AU Heads of State Summit Needs to Whip Nkurunziza Back Into Line 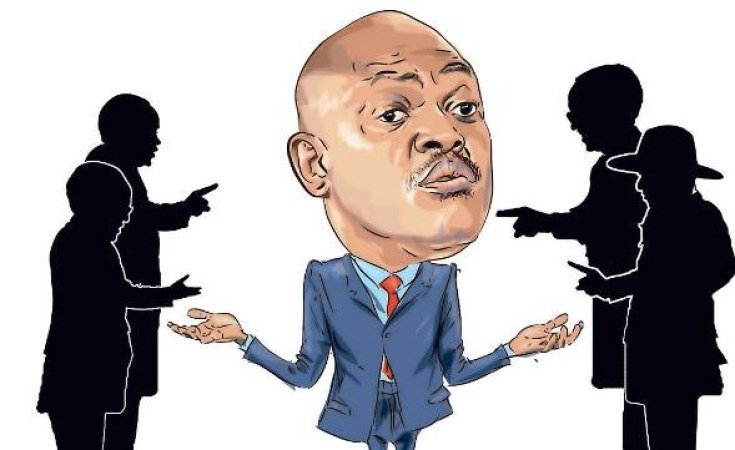 Presidential elections in Burundi are less than a year away and a repeat of the violence that marred the last poll seems likely.

In April 2015, President Pierre Nkurunziza sparked months of mass protests and brutal repression when he sought - and later won - a contested third term.

Since then, Nkurunziza and the ruling party pushed through a referendum to change the Constitution, potentially enabling the president to stay in power until 2034. Nkurunziza says he will not stand, but with the vote looming, tensions remain dangerously high.

Four years ago, the African Union denounced Nkurunziza's decision to seek a third term and refused to observe the subsequent polls, calling for their delay because the conditions were not conducive to free and fair elections.

Today, with many expecting government interference in the ballot and the risk of confrontations rising, the AU should act.

African heads of state should press the government to open the political space, in particular letting opposition politicians campaign freely and safely and allowing in international observers, in order to prevent a reprise of past violence or worse.

Already, there are worrying signs ahead of next year's vote. Competition for power among ruling party cadres, although under the surface for now, remains acute.

Over 400,000 people fled to neighbouring countries following the 2015 violence and nearly 350,000 remain abroad. A small number of them have joined armed groups, which, although unable to have a strong impact, remain active in the region.

In the country, the security services and the Imbonerakure, the ruling party's youth militia, continue to crack down on the opposition, many of whose members have been attacked, arbitrarily arrested or killed, or have disappeared.

Even the Catholic Church, the country's primary moral authority, has come under verbal attack during government orchestrated protests. In February, the government forced the UN Human Rights Office to close its Burundian operations.

Meanwhile, uncertainty over Nkurunziza's intentions adds a volatile element to the mix. Although he has said he will step down, many Burundians and international actors do not believe him.

Since 2015 and even before, senior officials, including in the army, have strongly objected to his presiding in perpetuity.

Indeed, this was a major cause of violence in 2015. If he does seek another term, he will face opposition from within the party and perhaps again on the streets.

This would increase the sense that the country is drifting ever further from the inclusivity enshrined in the 2000 Arusha peace agreement that brought an end to Burundi's civil war.

Conversely, if he does not run, a likely scenario is a fierce struggle to succeed him within the ruling party. Intra-party competition in 2015 resulted in an attempted coup and subsequent violent crackdown.

After its initial firm reaction to Burundi's violence and decision not to deploy observers for the 2015 vote, the AU became less involved.

That same year, it ceded responsibility for finding a solution to the crisis to the East African Community under the subsidiarity principle, whereby peace and security issues are dealt with at the most local level.

The EAC-led Inter-Burundi Dialogue, with Ugandan President Yoweri Museveni as chief mediator and former Tanzanian president Benjamin Mkapa as facilitator, tried - and failed - to mediate between the government and the opposition, both those in exile and those who remained in-country.

From the start of talks in May 2016, the Burundian government took an inflexible stance and remained intransigent throughout. The opposition eventually demonstrated greater willingness to compromise but to no avail.

For its part, the EAC, which was established to promote regional economic integration, was ill equipped and underfunded for a complex political mediation process.

Regional leaders, who were divided among themselves and did not see Burundi as a priority, gave Mkapa little support as he sought to bring the parties together.

The government did not even participate in the fifth and final round of talks, during which Mkapa drew up a roadmap to the 2020 elections that he presented as the basis for consideration by all parties.

If elections are to be more credible and peaceful, the government will have to compromise. At the very least, it should allow opponents - both those in the country and those currently in exile - to campaign freely in Burundi without intimidation, arrest or violence. It should also let external monitors observe preparations for the polls, voting and counting.

Smail Chergui, the AU's Commissioner for Peace and Security, suggested during the UN Security Council meeting on Burundi on June 14 that the dialogue under EAC auspices resume as soon as possible.

Certainly face-to-face talks between the government and opposition could help build confidence. But in themselves they are unlikely to generate different results than previous attempts.

If such talks are to yield anything, the AU must press regional leaders to use all their influence to push Nkurunziza's government toward a compromise.

This means that the AU itself engages at the highest level in both Bujumbura and neighbouring capitals. It should put additional pressure on Nkurunziza while encouraging regional leaders to do the same.

One important step would be to constitute an AU High-Level Delegation, similar to the one that visited Bujumbura in February 2016.

That delegation, comprising the presidents of Gabon, Mauritania, Senegal and South Africa, as well as Ethiopia's prime minister, and authorised by the Assembly of AU Heads of State, visited Burundi only once.

Leaders should also extend the delegation's mandate, either with the same members or a different composition, to focus on improving conditions for the 2020 elections and shoring up regional action on Burundi.

The AU should also ramp up its monitoring of Burundian politics. Since August 2015, it has deployed a small contingent of human rights observers and military experts in the country. It should negotiate with the Burundian authorities to dispatch more.

The AU team on the ground should monitor opposition politicians' safety and evaluate electoral preparations, which may require the AU Heads of State to adjust the terms of reference.

The AU Peace and Security Council and the High-Level Delegation can use its reports to inform diplomatic efforts and help decide whether the AU should deploy election observers ahead of the 2020 polls.

Completely free and fair elections in 2020 are likely impossible. But with higher-level and more consistent and concerted African Union and regional engagement in the coming year, there is at least a chance to convince the government to allow the opposition to campaign free from harassment and for greater scrutiny of the vote. This would likely help avert a repeat of 2015's tumult.

It would also preserve a degree of political pluralism, even if small, that might help prevent a worse slide into conflict. Most important, the AU and others cannot remain unresponsive: they must do all they can to keep the Burundi crisis high on the international agenda.

Nkurunziza's Legacy - a Country Too Proud to Ask for Needed Help