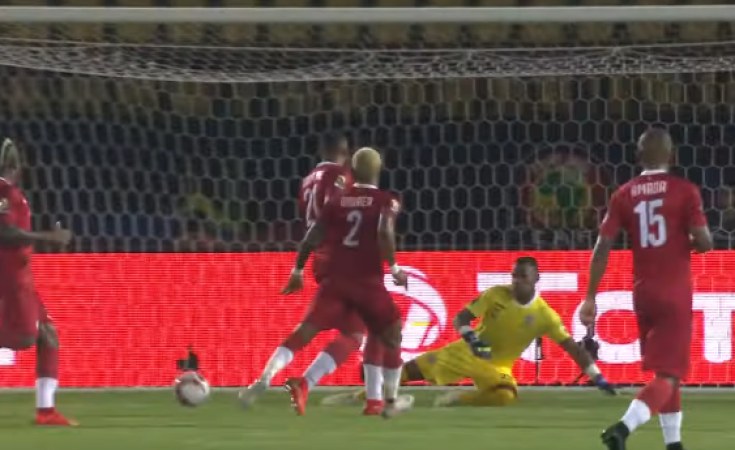 Tunisia progressed to their first Africa Cup of Nations (AFCON) semi-final in 15 years after beating debutants and tournament surprise package Madagascar 3-0 in the quarter finals at the Al Salam Stadium in Cairo on Thursday night.

Second half goals from Ferjani Sassi, skipper Youssef Msakni and substitute Naim Slitti saw the Carthage Eagles effectively end the Indian Ocean island country’s fairytale run at the Total AFCON Egypt 2019 and qualify for the last four for the first time since 2004 when they won the title.

Tunisia will face off with Senegal in Sunday’s semi-final at the June 30 Stadium in Cairo.

For the first time in this tournament, Madagascar looked really uncomfortable and were forced to passing mistakes by the high pressing Tunisians who seemed to have done their homework on the debutants.

Whenever Madagascar had the ball, Tunisia pressed high, shutting spaces between them and making it difficult for them to play their usual passing game.

Tunisia had the lion’s share of the chances and came very close after 13 minutes through Sassi. The midfielder who turns out for Egyptian giants Zamalek made a nifty turn inside the box off a Msakni pass, but his curling effort went just wide.

Madagascar played on the back foot and their first sniff at goal came in the 20th minute when lone striker Faneva Andriatsima tried his luck from distance but it ended up in a routine save for the keeper.

Tunisia continued to prod the Malagasy and it had to take a worldie of a save from keeper Melvin Adrien to keep the scores at 0-0. The shot stopper made a huge leap to his right to push Wahbi Khazri’s freekick from distance onto the bar.

Adrien made another save in the 42nd minute with a full stretched dive to palm Ghaylen Chaaleli’s effort behind for a corner.

In the final two minutes of the second half, Madagascar tried their luck to get a goal and pick a slim buffer before the break. They had a chance through Andriatsima whose shot fell kindly into the keeper’s gloves again.

In the second half, Tunisia came guns blazing and thought they had broken the lad just a minute into the half but Khazri’s shot was ruled offside. But five minutes later, they were one up when Sassi’s shot inside the box was deflected beyond the keeper.

Nine minutes later, it seemed all done after Msakni reacted fastest to a rebound inside the box after the keeper had spilled a Khazri shot before dumping the ball into the net with a powerful shot.

Tunisia then drove the final nail on Madagascar's coffin off a counter attack, substitute Sliti finishing calmly from a Khazri pass.

We are thrilled to win today. I dedicate this victory and this award to all the Tunisian people.

We're satisfied with our performance. We are in the semifinal and it's what the Tunisians were looking for, yet this is not our ambition. We want to do more. I didn't look to criticism and I just focus on my job as a coach.

I'm very proud of this team. We had a great tournament since the first day. I'm now enjoying my time with these players and don't know what will happen tomorrow. I say to Malagasy people we still have a lot to do in the future.

The AFCON Semi-Finals Are Here!
Tagged:
Copyright © 2019 Confederation of African Football. All rights reserved. Distributed by AllAfrica Global Media (allAfrica.com). To contact the copyright holder directly for corrections — or for permission to republish or make other authorized use of this material, click here.