Africa: Corruption Perceived to Be On the Increase in Africa 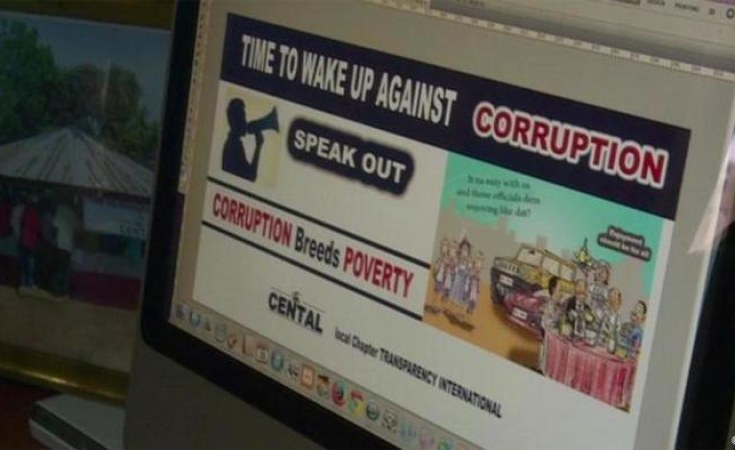 Transparency International and Afrobarometer have launched a new edition of the Global Corruption Barometer - Africa. It shows that most people think that corruption is increasing and governments are not doing enough.

To hear more about the findings of the 10th edition of the Global Corruption Barometer - Africa 2019, DW spoke to Paul Banoba, Africa Regional Advisor for Transparency International.

DW: Mr Banoba, the latest edition of the "Global Corruption Barometer - Africa" reveals that most people in Africa feel corruption has increased in their country. At the same, the majority feel that they, as citizens, can make a difference in the fight against corruption. What do you think citizens can contribute?

Paul Banoba: The trigger for actors to take action is usually a report. The first step would be that we have an increased number of reports about where corruption is happening. But people need to be safe and encouraged in reporting corruption. Some of the ways in which this can be clear to them is through legal means, the availability of whistle-blower protection legislation and mechanisms and the clarity of the information of this availability. So they know that this exists and they can trust it. Then the number of reports is increasing and the state can take action.

We also need to remind citizens that we do have a responsibility as individuals to be of integrity. If everybody acted with integrity, then ideally we are shooting corruption out. It is the responsibility of citizens not to offer a bribe because often bribes are not solicited but instead offered. That would also be a contribution in the fight against corruption.

Where does people's optimism to be able to curb corruption come from?

It is quite surprising, looking at the data in this regard. Our last report in 2015 indicated that, for example, 79 percent of Liberians who had to access services had to pay a bribe. That is high, almost eight out of ten people. The current study indicates a reduction in Liberia to 53 percent. There would be some interesting discussions as to what actually happened. But we see that it is quite possible to have a reduction in corruption. We do have a rise in few other countries. Only one percent of citizens of Mauritius had to access services through paying bribes. That has gone up this year. The same applies to Botswana. But we do have examples where there is a change for the better and maybe that is an indication and sign for optimism.

Which countries suffer the most from corruption deals and why? Democratic Republic of Congo (DRC) featured highest in your survey.

This survey indicates that for the DRC, eight out of ten citizens who accessed services had to pay bribes. That is rather high. In Liberia, as we said, it was almost half and that goes also for Sierra Leone at 52 percent, so half of the citizens have to pay bribes. There are places where the situation with corruption still requires hard work from all of us. Sometimes what explains improvements is the array of anti-corruption measures in place. Where there is good rule of law and good practices with regard to it and well resourced institutions with clear mandates, it improves the functioning of the state. And when that happens and leadership is committed, it trickles into social will. Where society trusts, it increases the relationship between the state and its citizens and then we have a situation that is continuously going up.

One of your findings is that the police is most corrupt. How do you explain that?

The police was highlighted by citizens as the institution to which they had to pay the most bribes to access services. Police is the law enforcement institution and there is a high interaction between people and the police to report incidences of crime. They are powerful and where that power does not have accountability and no clear commitment from the top leadership, we would have challenges.

Money laundering and foreign bribery also play a large role in corruption. What must be done to curb these practices?

There is a lot of infrastructure development going on in Africa right now and a number of service providers are international actors. We are recommending that laws should be put into place, a number of frameworks for anti-money laundering laws. We are asking that they should be enforced in Africa but also in the home countries of these companies so these companies behave responsibly when they are doing business in Africa. We are also calling for good standards and guidelines for ethical procurement, because a lot of the bribery would speak to the procurement process.

In the end, does it not all depend on the goodwill of politicians to be accountable and create this kind of transparency and laws?

Yes, largely it depends on the goodwill at the highest levels of our political leaders, so we do call for that. In fact, where political will is clear, we have seen the greatest improvement in the fight against corruption. It always starts at the top level of eadership. Policies have to be made clear and followed consistently, regardless of who is involved. The laws must be applied uniformly without impunity exercised. That builds confidence in society.

In reality it seems rather problematic to uphold the laws in place.

Members of opposition in parliament have a role to play. Also coalitions of civil society and oversight institutions have to point out the problems. It is a far from easy task. In fact, it is a daunting task. We have to remind our leaders on a daily basis if people are failing to access basic services that they, as leaders, have committed to provide. It means resigning to living in a dire situation and keeping people in poverty. These are the consequences of this type of measure and this is what the report that we are putting out today reflects.

Paul Banoba is the Africa Regional Advisor for Transparency International.

The interview was conducted by Martina Schwikowski 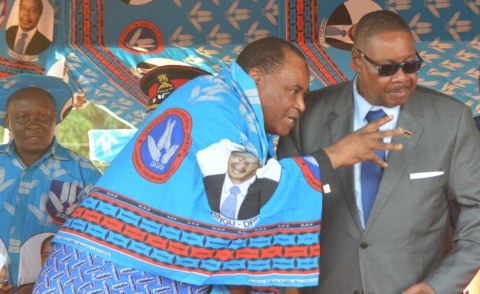 Buhari Seeks Stiffer Sanctions for Corrupt People
Tagged:
Copyright © 2019 Deutsche Welle. All rights reserved. Distributed by AllAfrica Global Media (allAfrica.com). To contact the copyright holder directly for corrections — or for permission to republish or make other authorized use of this material, click here.