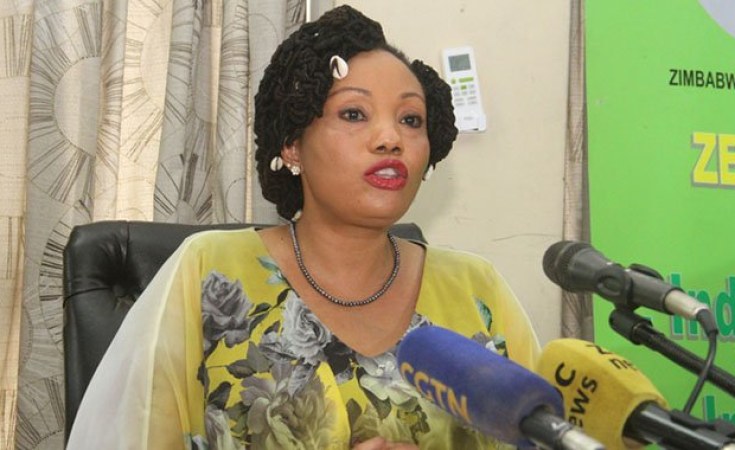 Chamisa was speaking at the party's launch of the Return to Economic Recovery, Legitimacy, Openness and Democracy (RELOAD) policy document in Harare.

"We are saying that (the) Zec which is in place now headed by Silaigwana and my sister (Chigumba), no.

"There will not be an election in Zimbabwe under those people because they have shown that they have a credibility deficit, they are not honourable as citizens to run a credible election," said Chamisa.

Chamisa narrowly lost in presidential elections to Zanu PF leader President Emmerson Mnangagwa last year but claimed Zec under Chigumba's stewardship and Silaigwana then acting chief elections officer for working in cahoots with the ruling party to "steal the result."

The opposition leader said Zimbabwe would need a credible electoral commission before any elections are held. The country is scheduled to go to the polls in 2023 but Chamisa has consistently claimed "something will happen before then. 2023 is too far."

"So we have to have a proper, independent and credible electoral commission and we are not joking on this... we are still saying this but we will get to a point where we will have to act," the MDC leader said.

However the early this week distanced itself from comments attributed to deputy national chairman Job Sikhala accused of having declared Mnangagwa will be "overthrown" before 2023 for which the Zengeza West MP now faces jail after being charged with subversion.

Like Sikhala who declared his threats were not idle, Chamisa said: "This is not a threat, just a good promise to my brother ED (Mnangagwa)."

Silaigwana has been involved with Zec since 2002 hand stands accused of being part of Zanu PF's "rigging apparatus" that at some point included a shadowy Israeli company known as Nikuv Projects.

The MDC has described Silaigwana's confirmation as substantive chief elections officer as an indication Mnangagwa is unwilling to reform.

We Went Into GNU With No Plan, Sat and Ate - Chamisa