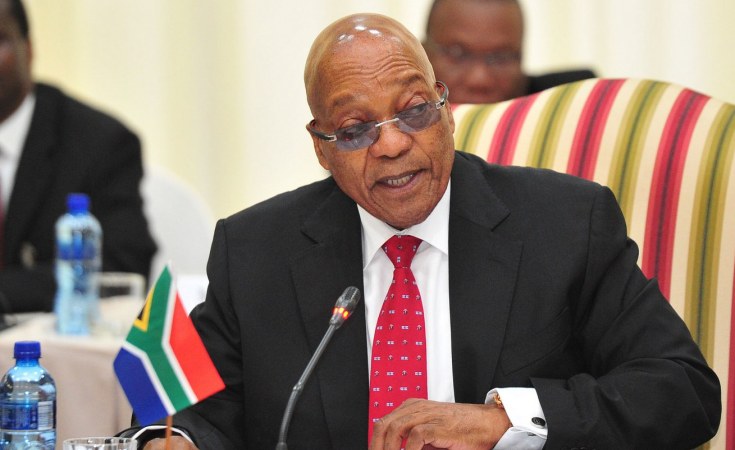 Major Thabo Ntshisi has denied that he approved the Gupta aircraft landing at Waterkloof in 2013 as a means to gain favour with former head of state protocol Bruce Koloane for a job he wanted.

Ntshisi was testifying before the judicial commission of inquiry into state capture on Thursday. The Gupta family landed a commercial aircraft at the air force base without permission.

It carried about 200 guests who were invited to attend the family's lavish wedding at Sun City, in the North West province.

During his testimony on Thursday, evidence leader Baitseng Rangata asked him about a conversation he had with a woman named Sarah.

In the conversation, Ntshisi said he wanted Sarah to speak to 'someone' in a high position to help him get a job at the Department of International Relations and Cooperation.

In the recording obtained by the commission, Ntshisi asks Sarah if she knows anyone who knows Vusi [Bruce] Koloane, to get him a job.

"You wanted to work at Dirco, you wanted somebody that would speak to Mr Koloane on your behalf so that you could get a job in that department?" the inquiry chairperson Deputy Chief Justice Raymond Zondo asked.

"Yes, that is true," Ntshisi replied.

Advocate Rangata also read out telephone transcripts in which Ntshisi says to Sarah "but because I am working with clearance, there is a favour that I am doing for him right now".

Zondo asked if he saw his role in approving the flight clearance as an opportunity to gain favour from Koloane in order to get a job, Ntshisi replied and said: "No, that is not true."

Ntshisi also told the commission that in his discussion with Sarah, he used the word "favour" but that he did not specifically say that he did a favour for a specific person.

"I never mentioned any person's name when I was talking about doing someone a favour," he said.

Koloane, who is SA's ambassador to Netherlands and former chief of protocol, was in the spotlight this week when he gave testimony at the commission of inquiry.

Koloane admitted he abused the powers of his office to facilitate the Gupta Waterkloof landing in 2013.

"I abused the power of my office in putting pressure on defence officials to expedite the processing of the flight clearance, but I did not have control of diplomatic channels," he said.