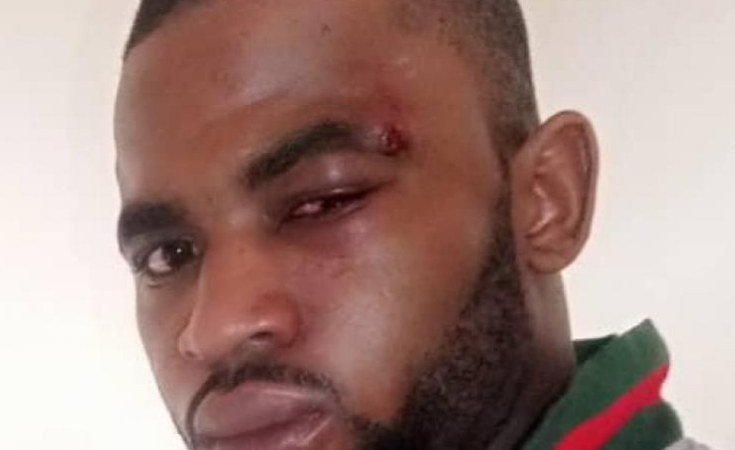 RSF
Paul Chouta sustained injuries in an attack some months before his detention in May 2019.
Reporters sans Frontières (Paris)
press release

Well-known Cameroonian journalist Paul Chouta's continuing detention is out of all proportion to the defamation and false news charges brought against him, Reporters Without Borders (RSF) said today after a court hearing in his case was postponed yet again in Yaoundé because the plaintiff failed to turn up.

After plaintiff Calixthe Beyala, a novelist with French and Cameroonian dual nationality, failed to make an appearance on 9 July, the case was adjourned until 13 August and Chouta, who has been held since 28 May, was returned to Yaoundé's Kondengui maximum security prison.

Beyala brought her defamation action against Chouta after he posted a video of her in a heated argument with a man on his Facebook page "Le TGV de l'info," which has more than 80,000 followers. An outspoken critic of the government, Chouta has become famous in Cameroon for his video interviews and live reporting.

"It is hard not to see Paul Chouta's continuing detention as a reprisal by the authorities against a journalist who has many followers and who is also very critical of the government," said Arnaud Froger, the head of RSF's Africa desk. "Without taking a position on the substance of the case, we regard this journalist's preventive detention as out of all proportion to the defamation and false news proceedings against him and we call for his immediate release without waiting for the case to be heard."

The authorities lost no time in arresting Chouta in response to this lawsuit, but they have yet to identify those responsible for a knife attack against him last January, which followed repeated threats against him in connection with his reporting critical of President Paul Biya's government, as RSF pointed out at the time.

Chouta even had to change his place of residence for safety reasons during last October's elections, in which Biya won a seventh term as president.

Cameroonian journalists are often the victims of arbitrary detention. The current victims include Amadou Vamoulké, the former head of state-owned Cameroon Radio & Television (CRTV), who has been held for nearly three years on embezzlement charges that the prosecution has been unable to substantiate in a trial that has dragged on for two years.

Some 20 hearings have so far been held in Vamoulké's trial, most of them lasting just a few minutes. RSF recently wrote to President Biya to request his release, arguing that this leading Cameroonian journalist did not deserve to "spend his retirement behind bars." 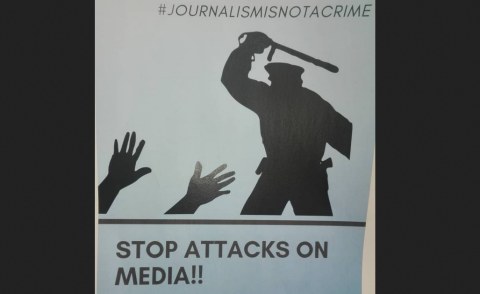 Torture, Death, Jail - Is This the Future for African Journalism? 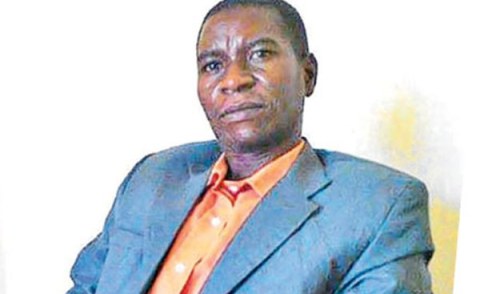 Tanzanian Foreign Minister Says Journalist Azory Gwanda is Dead
Tagged:
Copyright © 2019 Reporters sans Frontières. All rights reserved. Distributed by AllAfrica Global Media (allAfrica.com). To contact the copyright holder directly for corrections — or for permission to republish or make other authorized use of this material, click here.