Africa: Senegal and Tunisa Fight to Quell Thirst for Achievement 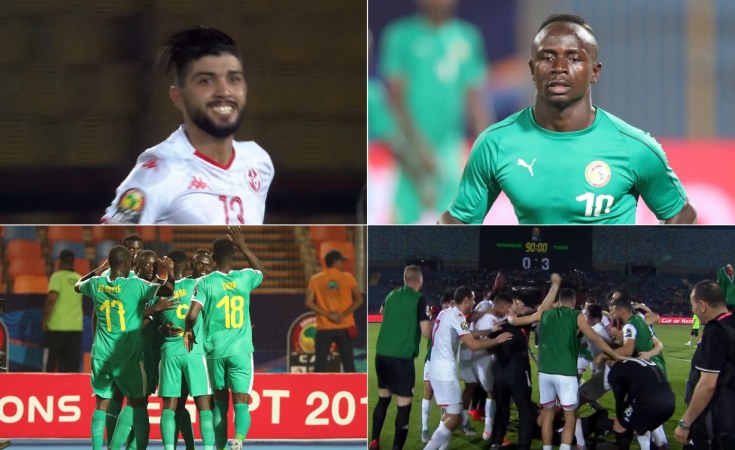 Cairo — Senegal and Tunisia, Africa's two highest ranked teams, enter their Cup of Nations semi-final on Sunday in Cairo with the tag of perennial underachievers.

The Tunisians have not played in a last four match since they won the title in 2004 while Senegal have not featured in a semi-final since 2006.

Nearly a decade and a half after their last parades, both coaches have highlighted the yearning in the respective countries for glory.

"I'm aware of the significance of reaching the semi-final," said Tunisia boss Alain Giresse. "It's almost become something of an obsession so its's a relief to be in the semis but there's more to do."

Giresse, 66, who coached Senegal between 2013 and 2015, said his experience of their players would not give his side any particular advantage.

"If the result was about what I know of their players that would be absolutely great," said Giresse. "But that's not the case. Yes, I know them personally. But I know what they can do on the field."

Idrissa Gana Gueye played under Giresse and the Everton midfielder has become one of the key performers in Aliou Cissé's teams. The 29-year-old scored a superb goal to fire Senegal past Benin in the quarter-final.

It was his fourth international strike and his form at the Cup of Nations has followed impressive performances at the World Cup.

"We're a side that is getting better gradually," said Cissé. "We very close to winning our first Cup of Nations trophy. That gives us hope but the most difficult challenges await us. We're two steps away. It's close but very far."

Senegal have been the more imperious of the sides in the journey to the semi-final. They lost to Algeria in the group stages but since that defeat on 27 June, they have beaten Tanzania, Uganda and Benin.

"My absolute dream is to help Senegal win the Africa Cup of Nations. That would surpass even winning the Champions League with Liverpool," said Senegal striker Sadio Mané, who has scored three goals in the tournament.

"We have to accept being among the favourites. All four semi-finalists are quality sides and all can go on and win this competition."

Tunisia drew their three Group E games to finish behind Mali. They needed a penalty shoot-out to see off an overconfident Ghana side before outclassing Madagascar in the last eight.

"It's pretty special to be facing Senegal," said Giresse. "But it's a personal thing that only concerns me. It won't factor into the preparation of the Tunisian players."

Previous Story
Next Story
The Lions of Teranga, Eagles of Carthage to Clash in AFCON Semi-Final

The Lions of Teranga, Eagles of Carthage to Clash in AFCON Semi-Final

Senegal Marches on to AFCON 2019 Final
Tagged:
Copyright © 2019 Radio France Internationale. All rights reserved. Distributed by AllAfrica Global Media (allAfrica.com). To contact the copyright holder directly for corrections — or for permission to republish or make other authorized use of this material, click here.