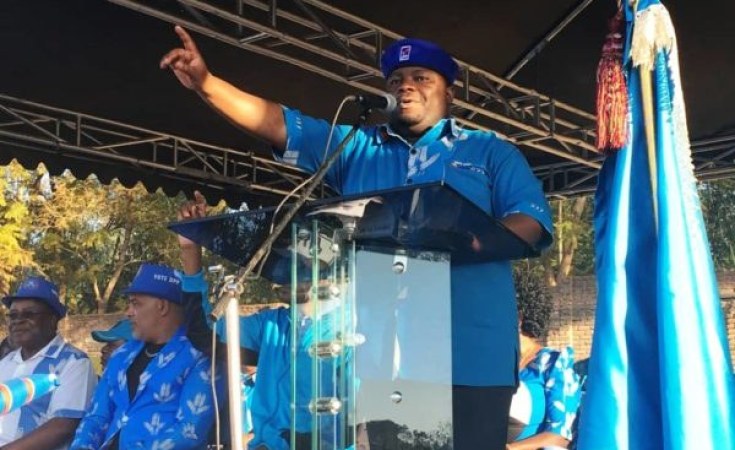 Malawi's political differences should be settled through peaceful means, such as mediation, rather than violent demonstrations that result in loss of life and property, governing Democratic Progressive Party Vice President (South) Kondwani Nankhumwa has said.

He was speaking at Nyambadwe School Ground, Ndirande, in Blantyre on Sunday, July 14, 2019 where he addressed a DPP 'mega' rally.

"The importance of political dialogue in order to achieve peace and security cannot be overemphasized. The post-election violence and hate speech that we've witnessed cannot continue if Malawi has to make any meaningful social and economic progress," said Nankhumwa, who is also Minister of Agriculture, Irrigation and Water Development.

He said he was ready to meet Malawi Congress Party (MCP) leader, Lazarus Chakwera and UTM leader, Saulos Chilima to discuss how best the current political impasse in Malawi could be managed for the good of the people of Malawi.

"In the last Parliament, I and Dr. Chakwera worked together to ensure smooth transaction of business because we usually sat down and discussed matters when differences arose. What should stop us from settling the current disputes? Dr. Chilima served as Vice President in the DPP government; it should not be difficult to engage him. Let the two leaders give dialogue a chance and desist from fuelling anarchy," said Nankhumwa.

The VP recalled that when the late Gwanda Chakuamba lost elections in 2004, he did not accept defeat claiming he was robbed of victory; his supporters went on rampage vandalizing property and even beating supporters of their opponents. He, however, was man enough to quickly accept defeat because he knew that Malawi is for all of us; he knew that national interests must always come ahead of personal interests, he said.

Nankhumwa said Chakuamba went on to serve the government under the late Bingu wa Mutharika, putting the nation's interests above politics.

He called on former presidents Bakili Muluzi and Joyce Banda and former Vice President Justin Malewezi to intervene owing to their legacy as champions of peace and nation building.

"CSO, religious leaders and traditional leaders also have an important role too to promote peaceful co-existence amongst Malawians. I wish to call upon our media to desist from fuelling anarchy in this country through irresponsible reporting. The DPP is fully aware that the media has an important role to play in promoting peace and unity in this country in political diversity," he said.

Meanwhile, MCP spokesperson Maurice Munthari has said his party will noy take DPP calls for negotiations seriously unless there is formal communication on the same.

On his part UTM spokesperson Jospeh Chidanti Malunga said the party is taking DPP calls for negotiations with caution as the governing party has been in the forefront castigation the opposition and unleashing terror.

Turning to DPP politics, Nankhumwa recalled it was not long ago when he was in Ndirande to share "the great and relentless vision of the DPP in the fellowship of development and togetherness".

"They say it all begins in Ndirande, and indeed this is where it all began. It is therefore proper that we be here this afternoon to thank you for coming out in large numbers on May 21 to vote for President Mutharika and the DPP. This victory would not have been possible without your support," he said.

"I would like all of you to disregard your political limitations and work together for the sake of peace in Ndirande and in order to develop Ndirande in line with the DPP social and economic development agenda. Ndirande must be developed; Ndirande belongs to all of us," he said.

He said that during the campaign period, the party made promises that would help uplift the livelihood of the people of Ndirande. He said he addressed the rally in order to reaffirm DPP's commitment to those promises.

What You Need to Know About Malawi's Presidential Election Case
Tagged:
Copyright © 2019 Nyasa Times. All rights reserved. Distributed by AllAfrica Global Media (allAfrica.com). To contact the copyright holder directly for corrections — or for permission to republish or make other authorized use of this material, click here.