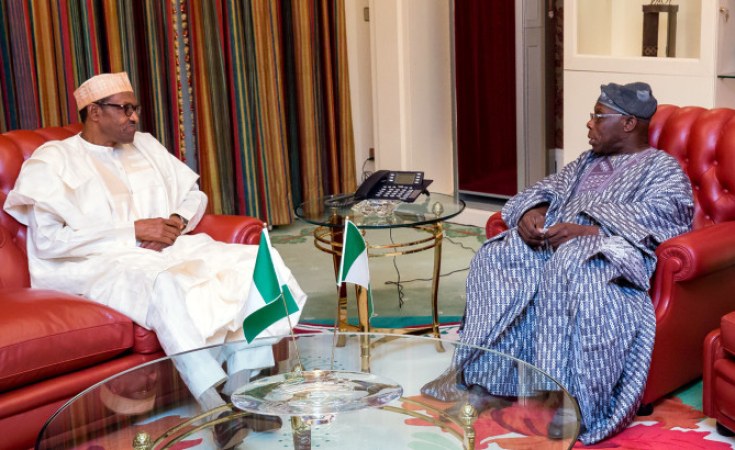 The Peoples Democratic Party, PDP, Monday, said the latest letter penned by former President, Olusegun Obasanjo to President Muhammadu Buhari on worsening insecurity in the land is a vindication of the position of the party that the Commander-in-Chief has not lived to the expectations of Nigerians even as it urged him to listen to his erstwhile President.

This is even as the party described the open letter as patriotic, momentous and one that "captures the apprehensions of majority of Nigerians across the board."

In a statement signed by its national publicity secretary, Kola Ologbondiyan, the party noted that President Obasanjo's letter "reechoes its numerous cautions against the violations, insensitivity, impunity, vindictiveness, divisiveness, intolerance and dangerous sectionalism that characterize the Buhari administration and which are jeopardizing our national unity," and urged President Buhari to "read between the lines and listen to the voice of reason from well-meaning Nigerians at this moment.

The statement continued: "Our party is deeply worried that our nation, which grew in leaps and bounds in all sectors before the All Progressives Congress, APC, took over in 2015, is now dangerously sliding on all fronts under President Buhari, who has shown crass incompetence in managing our national affairs.

"The PDP maintains that had President Buhari heed wise counsel to re-jig his parade and respect the wishes and aspirations of Nigerians in the national interest, our nation would not have been on this dangerous bend.

"The fact remains that President Buhari has not demonstrated the capacity to lead a nation as complex as our Nigeria. Events have shown that he cannot handle our diversities and ensure a united and equitable country that guarantees fairness, justice and space to all citizens without fear or favour.

"The PDP therefore counsels President Buhari to listen to the pulse of our nation; accept his failure and seek help from other well-meaning Nigerians so as to take back our nation from this imminent precipice."

The party also called on all Nigerians across divides, irrespective of creed, ethnicity and political leaning, to close ranks, eschew all primordial and parochial interests and work together for the stability of the nation.