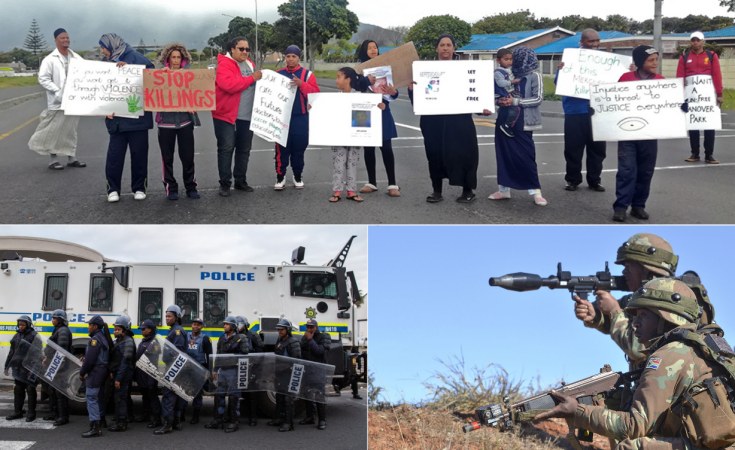 Although a police operation over the weekend netted 143 arrests, 43 murders were still committed over the same period in the Cape metro. Meanwhile, soldiers are yet to be spotted on the streets of the Cape Flats, following the announcement that the SANDF would be deployed to particularly violent areas to bolster police in tackling gang crime.

"What's the use of bringing the army in if the gangs are just fighting against them?" a worried Hanover Park resident questioned the head of the Western Cape's Anti-Gang Unit.

The resident in question was a teenager: one of a few hundred high school pupils gathered at a Hanover Park school on Monday July 15 to hear representatives from the police, justice and social welfare sectors address their concerns.

Though the panel on stage - which included deputy justice minister John Jeffery and the Western Cape's Anti-Gang Unit chief Andre Lincoln - were keen to broaden the discussion to encompass topics like cyberbullying and child pornography, it was clear that the number one...

43 Killed in Another Bloody Weekend in Cape Town

Cape Township Residents Cheer Arrival of South African Troops
Tagged:
Copyright © 2019 Daily Maverick. All rights reserved. Distributed by AllAfrica Global Media (allAfrica.com). To contact the copyright holder directly for corrections — or for permission to republish or make other authorized use of this material, click here.