South Africa: EFF's Storming of Pravin Gordhan 'In Clear Contravention of the Rules of the House' - Modise 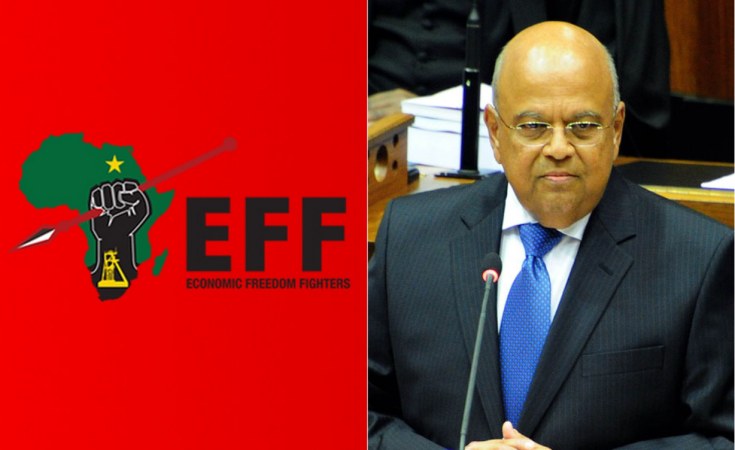 In a statement, Modise expressed "disappointment and a strong condemnation" of Thursday's incident.

After Gordhan made his way to the podium to deliver his department's budget vote speech, EFF MP Sam Matiase said the party refused to be addressed by a "constitutional delinquent".

Matiase referred to Public Protector Busisiwe Mkhwebane's reports related to the establishment of a "rogue unit" at the South African Revenue Service (SARS) while Gordhan was its commissioner and the re-appointment of former deputy commissioner Ivan Pillay.

After several EFF MPs raised similar points of order, House chairperson Grace Boroto said they should all leave the chamber.

Matiase then led the charge against Gordhan, literally, by approaching the podium, with his colleagues in tow, while Boroto called on the parliamentary security services to come in to eject the EFF MPs.

With the EFF ejected, Gordhan continued with his speech, saying what had just happened was the "defence of state capture".

He said he would not be intimidated.

The other parties condemned the EFF's behaviour and called on Parliament to take the requisite steps.

"The inappropriate behaviour of the MPs was in clear contravention of the rules of the House," read Modise's statement.

"Furthermore, the unacceptable conduct may have violated the provisions of the Powers Privileges Immunities of Parliament and Provincial Legislatures Act.

"The act prohibits Members of Parliament from, among others, improperly interfering with the performance by a member of his or her functions, creating or taking part in any disturbance within the precincts and failing or refusing to comply with an instruction by a duly authorised staff member."

Modise reiterated that such inappropriate behaviour had no place in Parliament as it undermined the decorum of the business of Parliament and eroded the respect and confidence that South Africans have in the institution.

"Parliament needs to sternly demonstrate intolerance to such conduct through a due process."

Boroto will submit a detailed report to Modise so that an appropriate course of action can be determined.

The EFF has defended its actions, and vowed to continue to prevent Gordhan from speaking in Parliament.

Cigarettes, Corruption and Racism - Why the EFF Hates Gordhan, According to Jackson Mthembu