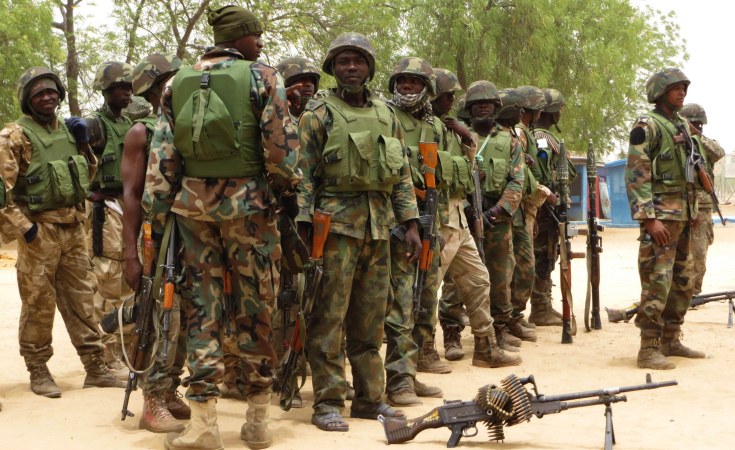 Despite evidence that many Nigerians are being killed and kidnapped by gunmen across the nation on a regular basis, the Chief of Army Staff, Tukur Buratai, has insisted that security agencies have successfully tackled the security situation.

He described the cries of insecurity across Nigeria as a 'political game.'

His speech was reported by the News Agency of Nigeria.

"Apart from some isolated remote areas as a result of some other factors, the attacks have drastically reduced.

"That means we are winning and it is a great success which people should be assured.

"All these cries of insecurity which some groups and individuals are taking it as a political game I think they should have a rethink because it is no longer the case," he said.

The lieutenant-general emphasised that he believes the security situation across the country has improved.

"Insecurity has been tamed right now in the northeast and in the northwest; and even in other areas we are doing so well.

"Our troops are deployed in support of the government, civil police and indeed the civil authorities," he said.

He commended the troops for the success recorded so far and urged them to remain focused.

Mr Buratai's statement came a day after Zamfara's director of budget was kidnapped in Kaduna State.

Hamza Salihu "was abducted along with two other persons near Kachia in Kaduna State while on their way to Akwanga in Nasarawa State on an official trip," the Zamfara government said.

Another deputy director, Kabiru Ismail, was killed during the kidnap while an unnamed woman was also shot.

Mr Buratai's statement was also made on the day ex-President Olusegun Obasanjo wrote an open letter to President Muhammadu Buhari on the poor security situation across the country.

PREMIUM TIMES reported how the former president warned Mr Buhari that Nigeria was approaching a tipping point unless the situation was checked.

Also, PREMIUM TIMES has reported how at least 136 people have been killed in various violent attacks in the last three weeks. No fewer than 42 kidnap cases were reported within that period.

All the deaths were confirmed either by the relations of the victims or the police.

A PREMIUM TIMES analysis for June also showed that no fewer than 353 persons were killed in violent attacks across Nigeria last month.

About 60 other persons were kidnapped for ransom across the country.

Among last month's victims were at least 57 soldiers killed in attacks by the Boko Haram insurgents in Borno State.

University Uses Obasanjo Letter to Buhari as Exam Question
Tagged:
Copyright © 2019 Premium Times. All rights reserved. Distributed by AllAfrica Global Media (allAfrica.com). To contact the copyright holder directly for corrections — or for permission to republish or make other authorized use of this material, click here.