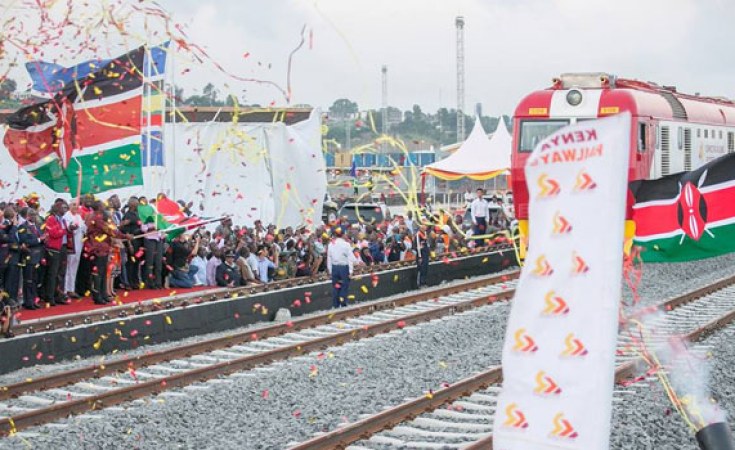 The Kenya Railways Corporation (KRC) is locked in a stalemate with the Chinese operators of the Madaraka Express train service over the management of the ticketing function.

This comes after revelations in 2018 of suspected fraud that triggered investigations that now appear to have stalled.

Documents seen by the Nation reveal that KRC in February recommended that it should assume greater control of the Standard Gauge Railway (SGR) passenger train ticketing system.

The key revenue stream is currently in the hands of China Road and Bridges Corporation and its secretive majority-owned Africa Star Railway Operations Company.

The Chinese operator is only required to bank collections and file returns, an arrangement that blindsides KRC but is backed by the operations and maintenance contract revealed by the Nation in June.

In an attempt to stem revenue leakages after the suspected fraud, the corporation had wanted to have more oversight on the ticketing function but this has stalled after the Chinese reportedly remained unresponsive to formal engagements on the issue.

"KR should put in place a system that interacts with the operator's ticketing system for purposes of monitoring and reconciliations on a daily basis," reads the document signed by board chairman Michael Waweru.

The move followed a suspected ticketing fraud by staff of the Chinese operator that was revealed by the Nation.

Last November, several employees of Africa Star - among them Chinese and Kenyans - were arrested and charged with trying to bribe detectives investigating the scam.

The alleged ticketing theft involved manipulating the complex booking system to split the ticket revenues between the railway operator and the cartel of insiders.

Another aspect of the suspected scheme involved creating refunds for tickets already issued to passengers on board for each of the four trips between Nairobi and Mombasa and channelling the refunds elsewhere.

Sources say that apart from the ongoing attempted bribery case, investigation on the other aspects of the alleged complex scam have stalled.

Mr Dai Yunjie, spokesperson for Africa Star, told the Nation that his company has been fully co-operating with police throughout the investigation.

"Five of our employees were legally implicated, two Kenyans and three Chinese," he said in a statement.

"One of the Kenyan staff was acquitted of all charges. The other Kenyan employee and three Chinese are still under investigation and attending court proceedings."

He added that his company abides by Kenyan law.

"We will therefore support Kenyan law enforcement to impose punishment in accordance with local law and regulations should any employee be found guilty. Integrity is one of our company values, thus we strongly adhere to the law."

Further, the document noted, "The contract places the commercial risk on KR who has to ensure sufficient traffic of passengers and cargo are available for the operator to transport."

The KRC write-up further noted that the contract had shortcomings that required to be reviewed to allow the Kenyan side much more space for robust monitoring of the operator.

In the meantime, an audit of the whole ticketing system to plug any loopholes that might be exploited by fraudsters was ordered by KRC.

Further, according to the document signed by the board chairman, the KRC management is supposed to "set and implement minimum revenue targets for the operator to meet and in default the operator pays penalties given that the demand for the SGR passenger services has been increasing".

Kenya reportedly pays Sh1 billion every month to CRBC to run the SGR - a figure that officials have never commented on.

The new railway, whose second phase of construction has now reached Naivasha, operates nine pairs of freight trains and two pairs of passenger trains between Mombasa and Nairobi.

"As of July 5, the SGR operator has transported 3.15 million passengers, over 470,000 TEUs (Twenty-Foot Equivalent Unit) and has safely operated the Standard Gauge Railway for 765 days," said Mr Yunjie in his statement.

The KRC document also sought to determine the revenues lost through abuse of refunds and any other malpractice that the audit may reveal and lodge a claim to the operator for the loss since the inception of the SGR passenger services on June 1, 2017.

However, we could not ascertain whether KRC has computed the loss incurred since the fraud began.

But some steps have been taken on refunds and discounts for children in an attempt to seal loopholes fraudsters could use to siphon more money.

The document also required the KRC management to liaise with the operator and address the issue of the quality of papers being used to print the tickets to ensure they conform and are compatible with the control systems in place.

Previous Story
Why Tanzania, Kenya and Uganda Are Falling Back to Old Railway
Next Story
China Asks Uganda, Kenya to Work On SGR Financing Modalities to Receive Funding

Why Tanzania, Kenya and Uganda Are Falling Back to Old Railway