South Africa: Reporters' Notebook - On the Streets With the Zuma-Ites 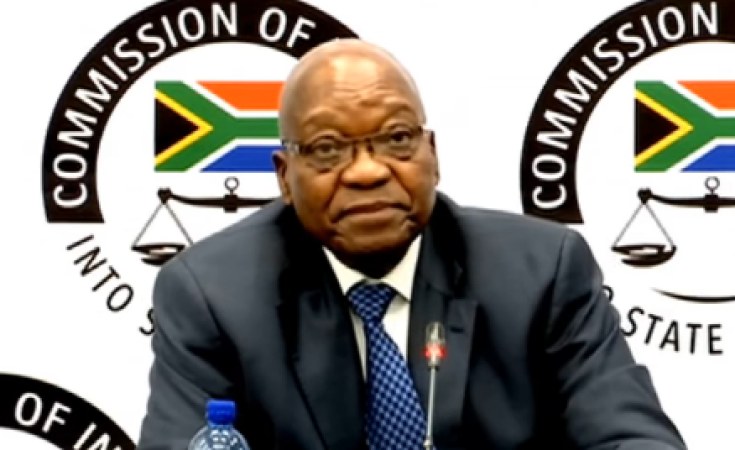 As former president Jacob Zuma took the stand at the State Capture Commission, his supporters lauded their hero on the streets.

"Let us be vigilant, the enemy is still around," former president Jacob Zuma told supporters after his first day at the State Capture Commission on Monday 15 July.

Zuma's supporters began to arrive at the inquiry in Johannesburg as the former president's long-awaited testimony was about to get under way. Many had a clear definition of who the enemy, or supposed enemy, was.

On the day his political party was deregistered by the Independent Electoral Commission because of its blacks-only membership, Black First Land First (BLF) leader and Zuma ally Andile Mngxitama told media the inquiry had become a forum to attack black people. "Where's Marcus Jooste?" he asked of the former Steinhoff boss.

"This is not about Zuma. It's about the economy of this country, which is in the hands of white people. Everything else is a joke," he continued.

There was a heavy police presence outside the Hillside House offices in Parktown. Mngxitama was barred from going inside to support his fave, supposedly because he was wearing party regalia.

The BLF leader argued with police and strutted...