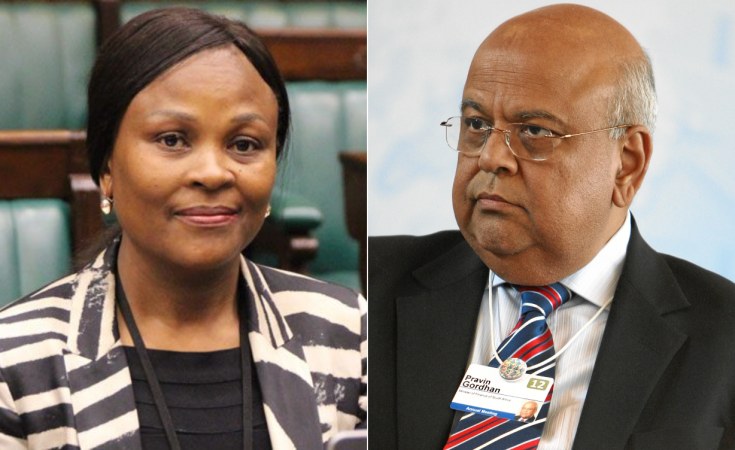 President Cyril Ramaphosa on Monday 15 July, filed an urgent high court application against the public protector regarding her attempt to force him to implement remedial action in line with her report into the early pension payout to Ivan Pillay, the former deputy SARS commissioner.

Ramaphosa filed the court application, saying it was "wholly unnecessary" to do so as it is a legal matter still outstanding in the courts.

In other words, the President has effectively accused the Public Protector, Busisiwe Mkhwebane, of attempting to force him to implement her remedial action, even though her report is currently set to be taken on review.

Correspondence between the President and the Public Protector, as contained in court papers, reveals an increasingly strained relationship, with Mkhwebane warning the President that his failure to act could "lead to a constitutional crisis".

Mkhwebane accused Ramaphosa of "wilful non-compliance with my remedial action" which she claimed was "based on the Honourable President's incorrect interpretation of the law".

This, she added, was not only "ostensibly contemptuous of my office but borders on a breach of the Honourable President's constitutional duties, as spelt out in the Constitution".

Mkhwebane said she was pleading with the Honourable President "to...

Gordhan, Public Protector Square Off in South African High Court
Tagged:
Copyright © 2019 Daily Maverick. All rights reserved. Distributed by AllAfrica Global Media (allAfrica.com). To contact the copyright holder directly for corrections — or for permission to republish or make other authorized use of this material, click here.