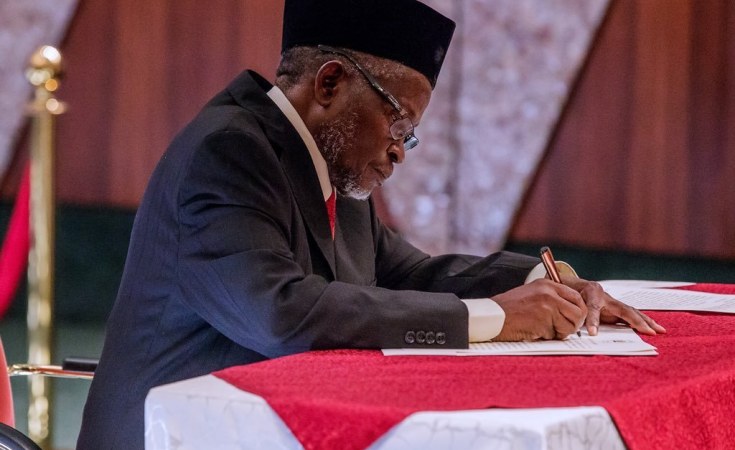 Justice Tanko was on January 25 appointed as Acting CJN by President Muhammadu Buhari after the suspension of the then CJN, Justice Walter Onnoghen, who was arraigned before the Code of Conduct Tribunal over allegation of non-declaration of assets.

The Senate had at plenary yesterday fixed today (Wednesday) as the day to screen Justice Tanko for confirmation as substantive Chief Justice of Nigeria.

The upper chamber in a bid to fast-track the confirmation process, had yesterday listed the issue on its order paper and resolved to carry out the screening at the Committee of the Whole today.

Senate President, Dr. Ahmad Lawan, had at plenary, told his colleagues that all the relevant credentials of the acting CJN, had been distributed to all the senators for necessary perusal.

THISDAY reliably gathered that Justice Tanko has been formally invited to appear before the Senate today for the screening.

He is expected to take questions from Senators after which the Senate through a voice vote may confirm him as CJN.

President Buhari had last Thursday forwarded to the Senate, a letter requesting for the confirmation of Justice Tanko as substantive Chief Justice of Nigeria .

The President in the letter of request said the nomination was sequel to recommendation made to that effect by the National Judicial Council (NJC).

"It is my hope that this request will receive the usual expeditious consideration of the distinguished Senate of the Federal Republic of Nigeria," Buhari said.

Meanwhile, the Senate has called on the Federal Ministry of Health to establish medical units or trauma centres on major highways to cater for accident victims.

This was sequel to the adoption of a motion sponsored by Senator Suleiman Kwari and 20 others, titled "Need to address the increasing rate of traffic accidents along Kaduna-Zaria-Kano road".

Kwari in the motion had alluded to the fact that the poor state of Kaduna road has created diversions, leading to gridlock, accidents and loss of lives and properties.

He said the lack of fully equipped emergency units on the road, has led to the death of accident victims who ought to have been saved.

According to him, many road users suffer untold hardship and are exposed to numerous risks due to blockade and several diversions.

He said: "Despite the number or recurring accidents and untold hardship by motorists, the Federal Road Safety Commission (FRSC), Kaduna sector has only a small emergency unit to attend to accident victims with only one ambulance.

"The causes of accidents on Nigerian roads include over speeding, dangerous overtaking, over loading, use of expired used tires, reckless driving, phone calls, disregard for traffic rules and regulations."

Contributing, Chief Whip of the Senate, Senator Orji Uzor Kalu, blamed the increasing rate of accidents on drivers and lack of road signs along major highways.

Kalu said some drivers usually drink to stupor and then drive recklessly adding that if drunk driving can be reduced, rate of accidents will also be minimised.

He therefore called on the relevant agencies to ensure that road signs are placed at strategic locations on highways whenever there is any case of road diversion.

Senate to Confirm Justice Tanko As CJN Behind Closed Doors 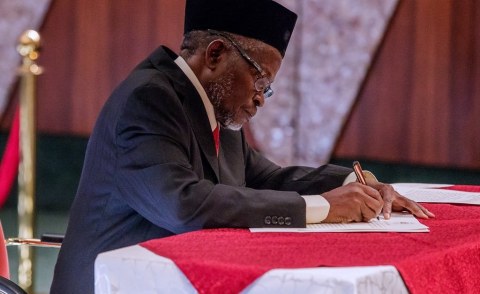 Tanko Muhammad Sworn In As Chief Justice of Nigeria
Tagged:
Copyright © 2019 This Day. All rights reserved. Distributed by AllAfrica Global Media (allAfrica.com). To contact the copyright holder directly for corrections — or for permission to republish or make other authorized use of this material, click here.