Memories of Johnny Clegg, the biggest thing to happen to South African music in the last half century, who passed away earlier this week after a battle with cancer.

If any rock maestro was given to understatement, it was Johnny Clegg.

Embarking on his Final Journey Tour last year, when he knew he was dying, he said: "Pancreatic cancer is lethal. There is no way out of it."

Then he resorted to his beloved Isi Zulu to use the idiomatic saying that everyone must eat what is in his bowl.

Born in Britain and raised in Zimbabwe - then Rhodesia - he came to Johannesburg where he met a Zulu cleaner named Charlie Mzila who spurred his interest in the music and dance of that bellicose and dominant tribe.

As a teenager he hung out in the haunts of migrant labourers: their dangerous hostels and fiery illegal taverns known as shebeens.

It is difficult to overstate the radical, not to forget highly illegal, nature of this behavior.

A radical opponent of a detested regime

Clegg was often arrested for breaching apartheid South Africa's Group Areas Act which dictated to people where they were allowed to be. And that was strictly with people of their own race.

Not only was he addicted to the maskandi music of the people, he was fascinated with what made them tick.

In 1969 he met Sipho Mahunu who recognized and encouraged his passion and talent.

They were the backbone of the group Jaluka which recorded numbers like Africa Sky Blue and Great Heart.

In the eighties, Mahunu returned to his farm and Clegg took up with Savuka, continuing to write and perform hits that thrilled South Africans both black and white.

This crossover culture flew in the face of the then government's policy of separation.

Dreaming of a future with Nelson Mandela

The apartheid bosses were particularly angered by Clegg's song Asimbonanga - literally "we have not seen him" - that dreamed of performing onstage with the still jailed Nelson Mandela.

The song names Steve Biko and other anti-apartheid fighters killed by the regime.

The authorities had a fine understanding of how far they could stretch their oppression of high-profile figures.

Johnny Clegg had become a touring star in France, where he was called Le Zulu Blanc, Britain, the United States, Canada, Germany and the Scandanavian countries.

This made him untouchable to the Pretoria heavies - just like critical Afrikaans writers of the time and Church-sponsored educators determined to run mixed private schools.

Foreign governments took the lead from their music-fan citizens and bestowed honours on Clegg: the Legion d'Honneur from France and Britain's OBE.

A courageous fighter to the very end

Clegg seemed to triumph over chronology by persistently touring and leaping around the stage with microphone, guitar and township concertina.

He sang about the injustices of apartheid but the lasting value of his songs celebrates the land and beauty of a South Africa open to everyone.

His courage and activism were above question. Like many South Africans he was disappointed at the so-called Rainbow Nation failing to live up to its promises.

However, he avoided the cut and thrust of the party political arena to express this.

Johnny Clegg liked to say he was taught patience by Nelson Mandela, the man he fantasised about performing with.

That dream came true when Mandela walked on stage during his concert in Frankfurt in 1999 and did his trademark jive to Asimbonaga.

Preaching the virtues of patience

"I realize that the new South Africa cannot be perfect," Clegg would say. "It could take as long as 40 years to flourish and become truly democratic.

"We must be patient if we want to see a flowering future."

Clegg's son Jessie has followed in his father's musical footsteps and the two have performed together many times.

The maestro says he is enormously proud of his son but insists he has not interfered in his career.

Radio stations in South Africa have been playing Clegg's music non-stop since news of his death on Tuesday afternoon, surrounded by his family.

It is almost as though they are delaying saying goodbye to the legend.

One comfort is that we will always have his music and his inspiration. 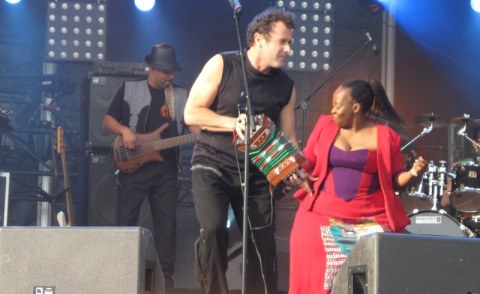 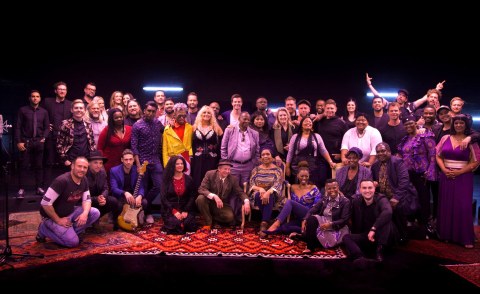 Watch South African Musicians Pay Tribute to Johnny Clegg
Tagged:
Copyright © 2019 Radio France Internationale. All rights reserved. Distributed by AllAfrica Global Media (allAfrica.com). To contact the copyright holder directly for corrections — or for permission to republish or make other authorized use of this material, click here.