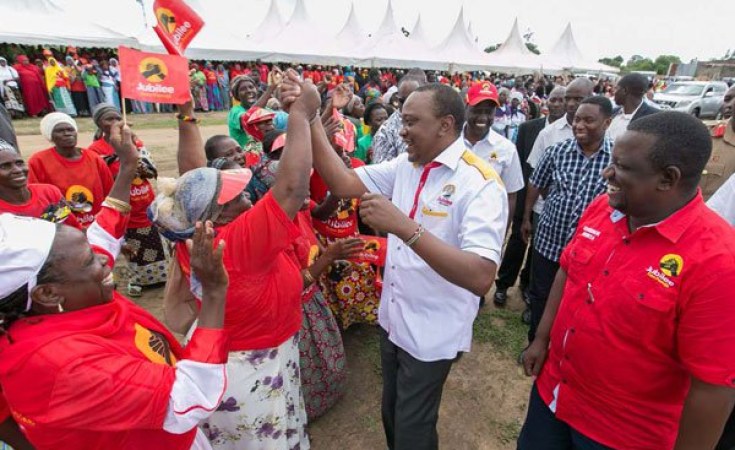 A high-profile Brexiteer and Member of the European Parliament has admitted that she secretly worked for Cambridge Analytica in the 2017 election campaign in Kenya.

Brexit Party MEP Alexandra Phillips made the admission to the UK's Channel 4 News after initially denying any involvement with the disgraced data firm, and pressuring journalists to drop the story.

She backtracked only after Channel 4 News obtained a recording of an interview from 2017 in which she confirms she had been "employed by Cambridge Analytica to work for Kenyan President Uhuru Kenyatta".

Cambridge Analytica, created around 2013 with an initial focus on the US elections, denies meddling in the 2017 Kenya polls, even though Mr Mark Turnbull, then MD of the firm, had been quoted by CNBC as saying they "rebranded the entire (Jubilee) party twice, wrote their manifesto, and conducted two rounds of 50,000 (participant) surveys".

"In Kenya, I worked as a freelance contractor - focusing on speech writing - with the team of President Kenyatta. This work was sub-contracted out to me by SCL, which went on to become a different company," she said.

Cambridge Analytica was exposed by an undercover Channel 4 News investigation last year in which company bosses were filmed boasting of dirty tricks and influencing elections across the world.

They were caught bragging about smear campaigns, bribing politicians, and seeding "unattributable, untrackable" propaganda onto the internet in a bid to sway campaigns for clients.

The 2017 poll was marred by misinformation, with fake news spread across the country via the internet and on smartphones. Mr Kenyatta's opponent Raila Odinga was smeared with a series of viral videos, including one notoriously depicting apocalyptic scenes if he were to emerge victorious.

No one in Kenya seemingly knew who was behind the video. Cambridge Analytica denied any involvement with the content, and any role in negative political campaigning in Kenya. But a few months after the election, Mr Odinga accused the firm of tarnishing his name, and even threatened to sue it and Facebook for "devilish propaganda".

"I have been a victim of fake news. The international community has failed to rein them in," Mr Odinga told participants in an address at Chatham House in the UK.

"I am disappointed that Facebook agreed to cooperate in this clandestine enterprise... we are actually contemplating legal action."

"Cambridge Analytica was running a platform you would see my picture with very negative stories every time you opened a page. Once the campaigns were over, you could not see those pages, making it difficult to seek legal redress."

Mr Kenyatta came to power in 2013 and won a second and final term in 2018, defeating Mr Odinga by 1.4 million votes. The Supreme Court nullified the vote, citing procedural irregularities, and ordered a second election.

Facebook already faces a Sh500 billion fine in the US over the Cambridge Analytica scandal. The Federal Trade Commission (FTC) has approved the hefty fine, which needs approval from the Justice Department. Since March 2018, FTC has been investigating allegations of the political consultancy firm improperly obtaining data of up to 87 million Facebook users. If approved, the fine will be the biggest penalty against a technology company by the federal government. In 2012, Google was fined Sh2.2 billion for privacy violation.

When initially questioned by Channel 4 News on camera, Ms Phillips denied working for Cambridge Analytica or even knowing anyone on its political campaign team.

"I didn't work for them at all. That's libellous," she said. "I'm being very serious now. You're actually propagating a load of misinformation that's been put online... based on nothing," she said.

"If you want to talk about the Cambridge Analytica campaign, speak to them, not me. I don't know them. I really don't know the people."

Ms Phillips pressured the journalists to drop the story, before calling her lawyers.

"And if you use this online, it's going to be very difficult. And actually, please don't pursue that because there's going to be a lot of things that might be happening over the next weeks... months... which is going to make life very difficult. I'm being serious. I've never been employed by Cambridge Analytica in my life," she threatened.

However, Channel 4 News obtained an audio recording of an interview from 2017 in which Ms Phillips told how she was secretly employed by Cambridge Analytica to work for Mr Kenyatta's Jubilee party.

"I've not been able to speak to you because I've been under my contract, which finished yesterday," she says in the recording.

"I was brought on as a political communications consultant for the Kenya project. I'd be writing the President's speeches and his talking points for rallies and State House statements. I trained their communications team; they're all sort of journalists who came together to create a press office, so I had to train them."

She said the work was so sensitive that she was told if anyone asked what she was doing in the country, she must tell them she was working as an air hostess.

In a statement released to Channel 4 News last night, Phillips said: "Out of respect for those whom I served, I will continue to respect the confidentiality agreements that I signed upon accepting the role in Kenya. And I will not be bullied by agenda-driven, guilt-by-association reporting." 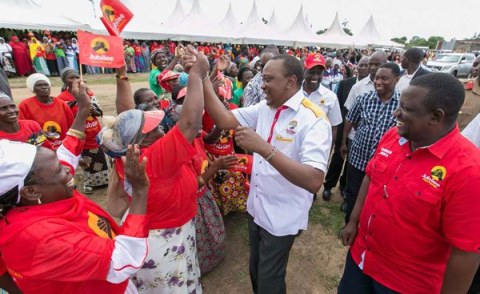 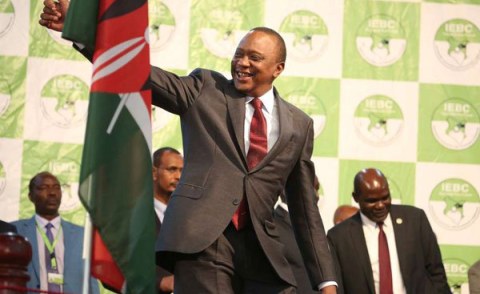 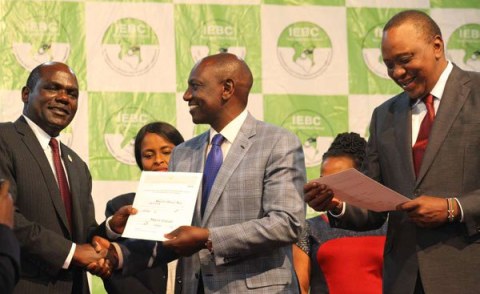 Kenya's Ruling Party Slams British Firm's Kenyatta Poll Claims
Tagged:
Copyright © 2019 The Nation. All rights reserved. Distributed by AllAfrica Global Media (allAfrica.com). To contact the copyright holder directly for corrections — or for permission to republish or make other authorized use of this material, click here.