Nigeria: Is Nigeria's Cross River State Among the Safest, As Governor Claimed? 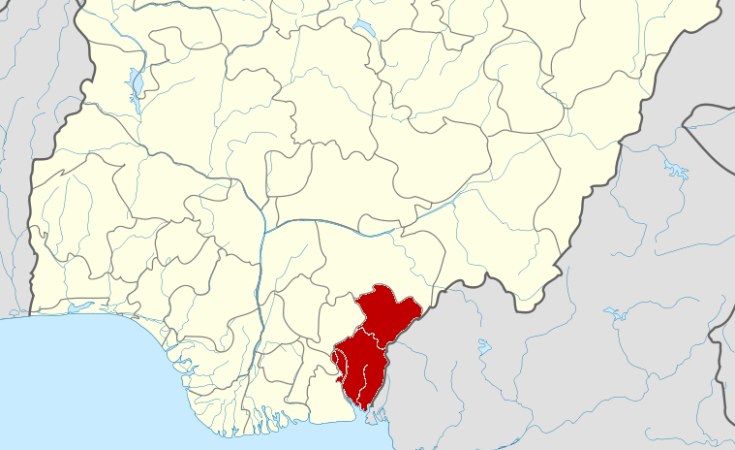 Cross River state governor Ben Ayade has been outlining his priorities for his second term in office, with security top among them.

Despite the state being in Nigeria's oil-rich Niger Delta region, which at times grapples with insecurity, Ayade said that the numbers showed it was one of the safest.

The state's residents were "committed to peace and security as evident in the statistics which project the state to represent 1.1% of total crime in Nigeria and the least in terms of crime in the country," Ayade said.

The governor spoke when he hosted federal police chief Musa Kimo in June 2019. But a month later Ayade bemoaned the state's security challenges.

"This once peaceful, beautiful state suddenly became a safe haven for militants and kidnappers," he reportedly said in July 2019.

We beamed a searchlight on the governor's two claims.

"Crimes in Cross River state represent 1.1% of the total crime in Nigeria"

Nakanya Iyadim, information officer in the state's communication's ministry, confirmed to Africa Check that the governor did make the claims.

However the governor's office did not respond to our queries about the source of the statistics.

The best source to check this claim is the public order, safety and crime statistics compiled by the National Bureau of Statistics (NBS), Dr Isiaka Olarewaju, director of household statistics at the bureau, told Africa Check.

But he said the NBS data "is as reported". There could be unreported crimes, Olarewaju added. Under-reporting is often an issue.

Dr Ona Ekhomu is president of the Association of Industrial Security and Safety Operators of Nigeria. He told Africa Check that one reason for this is the fear of victimisation by the police.

"The way Nigeria police operates, most times there is little or no care for the victim of crime. It's not very easy to report crime in Nigeria and many incidents go unreported," Ekhomu said.

Other reasons include the perception that the authorities will not help, or because of the nature of the crime, such as sexual assault.

The statistics office aggregates data on incidences of crime reported to the police in each of Nigeria's 36 states and the Federal Capital Territory, the area around the capital Abuja. It has three categories for this:

Offences against people, such as murder, manslaughter, infanticide and rape.

Offences against lawful authority, such as the failure to pay your taxes.

The numbers tell a different story

The most recent report on crime statistics was released in June 2018 and covers 2017.

Were Ayade's claim correct, then 1,481 cases of crime would have been reported in Cross River.

"Cross River has the least total crime in the country"

The data from the National Bureau of Statistics show Lagos state had the highest number of reported cases of crime, at 50,975 or 37.9% of the total.

Kebbi state, in the north west, had the lowest share of total cases reported, with 0.15% of the total.

The governor was thus also incorrect with this claim.

The location of the state in the Niger Delta is a red flag, Wale Obydeen, the editor-in-chief of Security Monitor Nigeria, told Africa Check.

"Cross River cannot be the most peaceful state. Niger Delta we know is a volatile region and of course we should expect violence," he said. This is due to oil exploration in the region, and crimes particular to this such as the kidnapping of expatriates.

But context is important when comparing crime in different areas. As explained in our guide to understanding crime statistics, comparing absolute crime numbers across regions without factoring in their populations skews comparisons.

But working this out for all categories is more difficult, Dr Ona Ekhomu, the president of the Association of Industrial Security and Safety Operators of Nigeria, said. As such crime should be considered "in their silos", he said.

To make it more complicated, Nigeria's population figures are strongly disputed, with a national census last held in 2006. The latest population estimates by states are from 2016 and should be used with caution.

Population characteristics should also be considered, Ekhomu said. For example some Nigerian states are more populated but have less crime than neighbouring ones with fewer people.