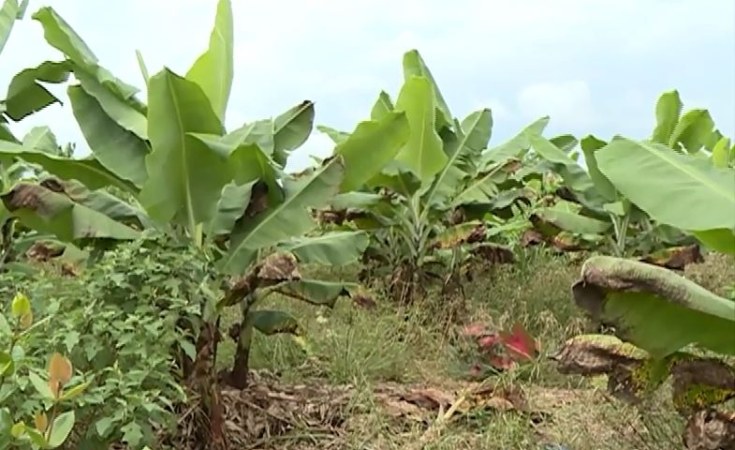 Cameroon’s second largest employer, the Cameroon Development Corporation, says it has been paralyzed by the separatist conflict in the country’s English-speaking regions.  The agricultural giant has not been able to pay its staff for a year because of falling production and revenue.

The village of Meanja used to be a banana production center in Cameroon’s English-speaking southwest.

But these days, a visiting reporter sees only abandoned houses, empty schools, and silent factories.

Oliver Kogue worked at the Meanja banana factory but says security threats forced them to shut down. Armed separatists attacked the factory in 2017, he says, killing four workers and wounding scores of others.

"This production unit produces averagely 60 tons of banana daily and after this attack, work has ceased.  Workers escaped for their dear lives," Kogue said. "Five-hundred-and-60 workers were working in this particular section. In the course of stopping work we have deprived 560 workers from employment."

But the three-year conflict between Anglophone rebels and government troops has forced the CDC to close farms and factories across the western English-speaking regions.

CDC general manager Franklin Ngoni Njie says more than half of his 20,000 workers – fearing attacks - refuse to work, while the remainder work only part-time.

"If you look at the economy of the area, what else do we have? CDC every month directly in form of salaries and wages is 2.2 billion {CFA} francs every month," Njie said. "All of that activity is dead."

"I will like to appreciate the willingness of all workers to resume work," Mbairobe said. "I can assure them that the government will take all the measures to pay their salary arrears and to give money so that the plantations and the factory will be back in activity."

The conflict in Cameroon’s English-speaking regions was sparked in 2016 by protests against discrimination from the country’s French-speaking majority in education and the justice system.

The government responded with a crackdown and armed separatists fought back.

The rebels consider state-run companies such as the CDC and institutions such as schools legitimate targets.

Cameroon - Tottering On the Brink

Rights Group Accuses Cameroon Forces of Civilian Deaths, Rape
Tagged:
Copyright © 2019 Voice of America. All rights reserved. Distributed by AllAfrica Global Media (allAfrica.com). To contact the copyright holder directly for corrections — or for permission to republish or make other authorized use of this material, click here.