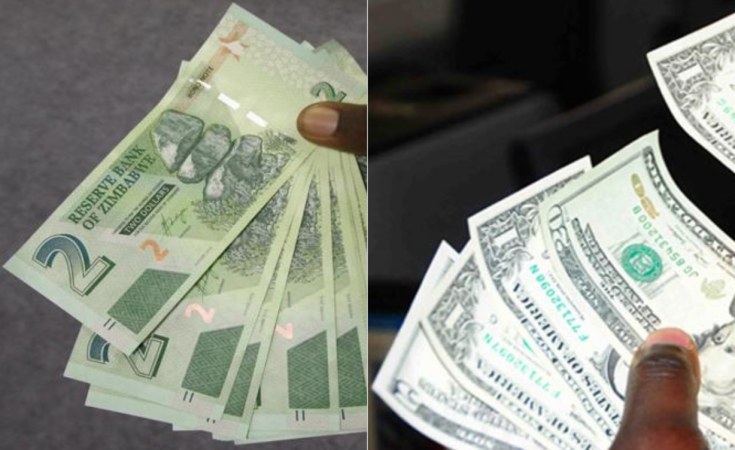 REPORTS that some police officers mandated to eliminate crime are at the forefront of illegal foreign currency trading in Harare, are disturbing.

Police officers, being the watchdogs of society, should be showing us the way and not otherwise.

They must lead by example and play their role to fight corruption and other illegalities with a view to create a crime-free society.

Connivance with illegal foreign currency dealers or joining them in the criminal enterprise is never expected of law enforcement agents.

Such behaviour puts the name of our internationally-recognised police service into disrepute and it must stop. The police must walk the talk and flush out all the corrupt elements from our esteemed service.

President Mnangagwa has since declared zero tolerance to corruption and fired warning shots through gazetting a temporary law that prescribed a sentence of up to 10 years in jail for illegal foreign currency trading.

To confirm Government's determination to combat crime, efforts to upgrade the temporary regulations into an Act of Parliament are now at an advanced stage.

To that end, the police, National Prosecuting Authority (NPA), Judicial Service Commission (JSC) and other stakeholders in the justice delivery system should complement the President's efforts through arresting, prosecuting and sentencing offenders appropriately for deterrence.

Hats off to the police for embarking on a noble operation to arrest all foreign currency vendors in Harare, Bulawayo, Masvingo and Gweru.

At least 2 600 illegal dealers have been arrested in the four cities since the beginning of this year, which is a step in the right direction.

However, a good number were fined at police stations before going back to the streets for their illegal trade. The country, since the gazetting of Statutory Instrument 246 of 2018, has never recorded a jail term for foreign currency dealers.

People are being spared jail despite disturbing scenes of illegal foreign currency dealers trading money on the streets in broad daylight.

Apart from the raids conducted by the police during the ongoing operation, some undercover detectives should also be planted to ensure dealers and their clients are all arrested.

But the undercover officers should also be strong enough to resist corruption and execute their duties to expectation. City patrols must be increased to ensure police officers are present at all the illegal foreign currency trading spots.

Police should also collaborate with local authorities to beef up manpower in bringing the offenders to book. Each member of the society has a role to play in ensuring an environment free of corruption and other illegal activities. All the recovered foreign and local currency should be forfeited to the State to ensure the illegal traders do not resume operations.

People of Zimbabwe should also play their part to get rid of illegal foreign currency deals in the cities.

Most banks are offering good rates for the American dollar, rand, pula and other currencies and law abiding citizens have been queuing to change their money over the past weeks.

The difference on rates between the official rates and those on the parallel market is now insignificant and it is a matter of one choosing either to break the law or to abide by it. More bureaux de change should be established to ease pressure on the few that are available.

Some end up selling their money on the parallel market because of the long queues at the banks and bureaux de change.

Government should also inject more bond notes and coins to enable banks and other official finance institutions to offer cash to those selling foreign currency.

At most banks people get RTGS transactions, which results in others opting for the parallel market where there will be ready cash. All responsible Zimbabweans should abide by the law and promote the official market with a view to bring sanity to the money market and rebuild our economy.

Relevant authorities should now speed up the law making process to ensure permanent amendments of the Exchange Control laws that stipulates heavy sentences for offenders.