South Africa: 100-Year-Old Man Gets a House After Waiting 22 Years 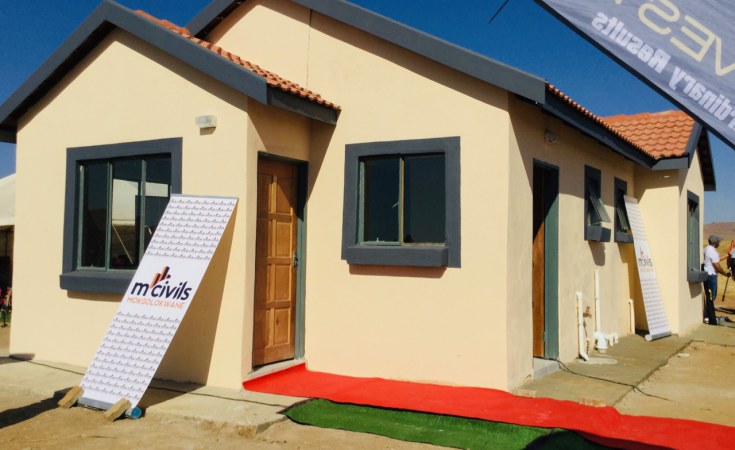 Kimberly Mutandiro/GroundUp
This new three-bedroomed house was presented to 100-year-old Dipabalo Boy Mohedo on Mandela Day. “Our shack was getting colder each night with the winter settling in. It was not good for my husband’s weak chest,” said his wife, Johanna Nsibande.
GroundUp (Cape Town)
By Kimberly Mutandiro

Groundup reported their plight in April.

Touched by the couple's story, directors of Afribiz Investment in partnership with the Collen Mashabana Foundation built the couple a house in Mackenzieville, Nigel, in just over a month.

Snake Park informal settlement residents cheered as Mohedo and Nsibande were ushered into their new home. The house has three bedrooms, a bathroom, a kitchen and sitting room. It also has electricity, water, a geyser and an inside toilet.

The couple were also presented with blankets and furniture.

Mohedu, who can no longer speak easily, smiled as tears rolled down his cheeks.

"We are so overjoyed and grateful. Our days of suffering have come to an end. Having electricity, water and an inside toilet will certainly make life easier," said Nsibande.

"This is part of an initiative called Afribiz housing appeal. We prioritise building houses for the elderly, disabled, homeless and child-headed households," said Mashabana, who is Chairperson of Afribiz Investment.

Premier of Gauteng David Makhura was at the handover of the house. He said: "The story of a 100-year-old man waiting for a house for so many years is saddening. Unfortunately, housing is a big issue in Gauteng. The processes of waiting is often too long and at the moment the backlog of people waiting for houses is overwhelming.

"But it is now our priority to ensure that people who applied for houses in 2006 be prioritised as well as the elderly ... Councillors should ensure that the elderly in our communities are identified and given houses."