PRESIDENT John Magufuli has cleared the road for incumbent Kongwa Member of Parliament on a CCM ticket, Mr Job Ndugai, ahead of the 2020 parliamentary seat run-off vote.

The 59-year old CCM cadre is yet to declare his intention to vie for Kongwa Constituency leadership as MP, but early signs show he'll still be available to represent his voters.

President Magufuli, who made a public statement, commended the politician and current National Assembly Speaker, describing him as "important person" not just for Kongwa voters, but also for the entire the nation at large.

"He is a noble person. I understand in a democratic process there could be other good people to challenge him. I appointed some of them to various government offices.

I don't think there should be another challenger," he noted after the MP invited the President to deliver a keynote speech. The CCM national chairman said the MP acting in his capacity as the National Assembly Speaker had helped the country by enacting various pieces of legislation.

Previous Story
For Credible Elections, Africa Needs More From the AU
Next Story

For Credible Elections, Africa Needs More From the AU 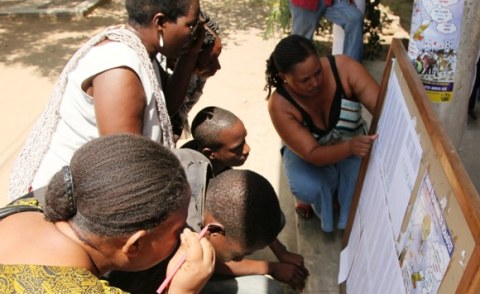 Exiled Burundi Opposition Alliance to Participate in 2020 Poll
Tagged:
Copyright © 2019 Tanzania Daily News. All rights reserved. Distributed by AllAfrica Global Media (allAfrica.com). To contact the copyright holder directly for corrections — or for permission to republish or make other authorized use of this material, click here.