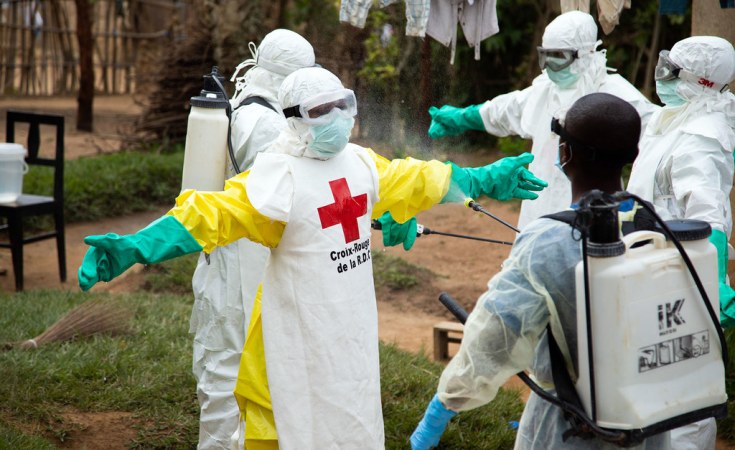 Leonard Subi, Director of preventive services at the ministry of Health said that they have acquired nine walk-through thermal scanners.

According to him the machines will be installed at Songwe, Mwanza and Kilimanjaro airports as well as some border posts.

"On Thursday we installed two at the Julius Nyerere International Airport (JNIA) terminal three... we will soon do the same at the other airports," noted Dr Subi.

The number of walk-through thermal scanners and hand handler scanners that the government has acquired are now115.

"We are committed to strengthening screaning of passengers without harassing them as required by International Health Regulations of 2005," he said.

Dr Subi was speaking to The Citizen shortly after an emergence video conference meeting, which brought together officials from the Health ministry, including chief government medical officer, World Health Organisation (WHO) and Tanzania Civil Aviation Authority (TCAA).

The video conference, which involved participants from Dar es Salaam and Dodoma, was in reaction to the Wednesday's WHO's declaration that the Ebola virus disease (EVD) outbreak in the DRC is a public health emergency of international concern.

The event, interrupted for about 30 minutes the first quarter Capsca meeting for this financial year.

Speaking earlier, Mr Daniel Malanga, the Capsca national coordinator cited two areas-isolation rooms for patients and involvement of stakeholders in combating the spread of diseases through airports that needed improvements.

"This problem cannot be addressed in isolation... it needs communication, collaboration and cooperation among stakeholders," Mr Malanga, who also doubles as TCAA economic regulation director said.

Mr Malanga said the aviation industry was doing enough good in areas such as having personnel protective equipment and emergence preparedness plan including undertaking both table top and full drill exercises.

"These initiatives to combat spread of diseases through airports are geared to create investors' confidence," he noted.

The representative from WHO- Tanzania, Dr Grace Saguti, called for strengthening of Tanzania's capacities to prevent, rapidly detect, investigate and respond to EVD after assessment and identification of existing capacities and gaps.

"You need to ensure effective coordination, supervision, monitoring and evaluation of the EVD operational readiness and preparedness," she suggested.

Dr Saguti added that risk-countries should work urgently with partners to improve their preparedness for detecting and managing imported cases, including the mapping of health facilities and active surveillance with zero reporting.

"For this to work national authorities should work with airlines and other transport and tourism industries to ensure that they do not exceed WHO's advice on international traffic," she opined.

The self-assessment, was the preparations ahead of the same exercise to be conducted by the WHO.

"The outcomes are promising, but more should be done," he said.

He called for airport operators and the public health officials at the airports to pull up their socks to ensure areas of weaknesses noted during the mock exam are addressed before making the decision to invite the WHO for their assessment.

"This means achieving 80 per cent during the next mock is possible and therefore we will be confident to invite WHO for the assessment during this financial year as directed by the organisation (WHO)," noted Mr Johari.

"As it is, let us assure you that at least our three international airports are designated by WHO by June 2020."

WHO Denies Reporting on Ebola Outbreak in Tanzania
Tagged:
Copyright © 2019 The Citizen. All rights reserved. Distributed by AllAfrica Global Media (allAfrica.com). To contact the copyright holder directly for corrections — or for permission to republish or make other authorized use of this material, click here.