South Sudan: No Singing of Anthem Without President Kiir 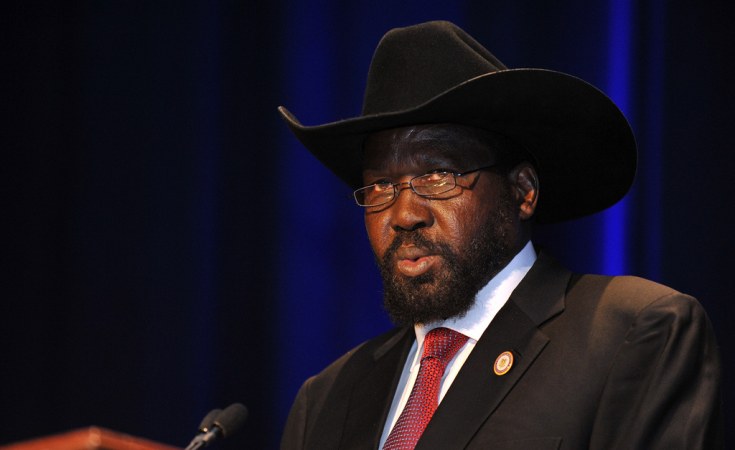 Johannesburg — South Sudan President Salva Kiir has banned the singing of the country's national anthem at any public event in his absence, reports Al Jazeera.

Information Minister Michael Makuei says Kiir's order was passed during a Cabinet meeting. Only South Sudan's embassies, which represents the president, and schools where children are taught the anthem are allowed to sing the song in Kiir's absence, the minister has said.

He said the government came to this decision because different leaders and institutions were abusing the national anthem.

The country's national anthem was written shortly before independence in 2011 after breaking away from Sudan. Two years later South Sudan's war broke out after Kiir accused his former vice president Riek Machar of plotting a coup against him.

The new development comes at a time when Kiir has agreed to talks with South Sudanese opposition leader Machar.