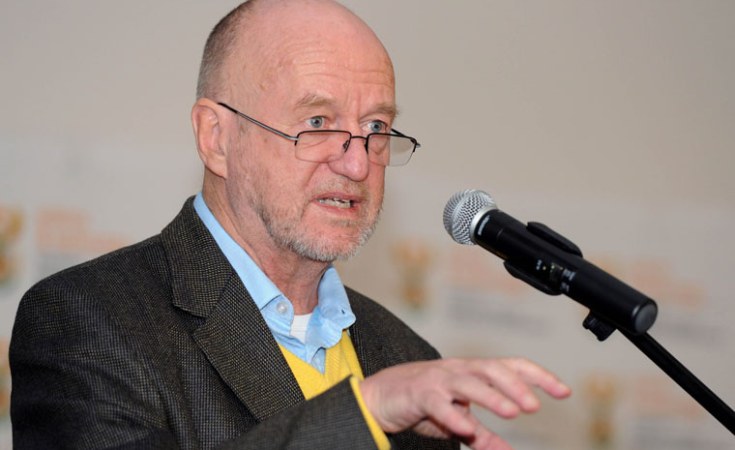 GCIS/Flickr
Then Minister of Science and Technology Derek Hanekom delivers an address at the Science, Technology and Innovation Summit in Limpopo in July 2013.
allAfrica.com

The statement was issued after Hanekom confirmed that he met with an oppostion Economic Freedom Fighter leaders last year.

EWN reports that EFF leader Julius Malema told supporters on Sunday that his party worked with Hanekom and SACP leader Solly Mapaila to plan former President Jacob Zuma’s ousting, claiming that Hanekom gave the party a list of ANC MP’s who would vote in support of a motion of no confidence.

The ANC statement, signed by Magashule, said Hanekom had had full access to air what his "acerbic views" in the NEC of the ANC.

The statement said: "Hanekom always spoke in an even, practiced voice, linking all the bad publicity that the ANC has had to the accusations against former President Zuma."

The statement brands Hanekom as a wedge driver on a mission to divide the ANC, and calls him an EFF "sleeper".

A House Divided - South African Ruling Party Facing Major Split?
Tagged:
Copyright © 2019 allAfrica.com. All rights reserved. Distributed by AllAfrica Global Media (allAfrica.com). To contact the copyright holder directly for corrections — or for permission to republish or make other authorized use of this material, click here.