Rwanda: Who Are the Eight ICTR-Indicted Genocide Fugitives Still at Large? 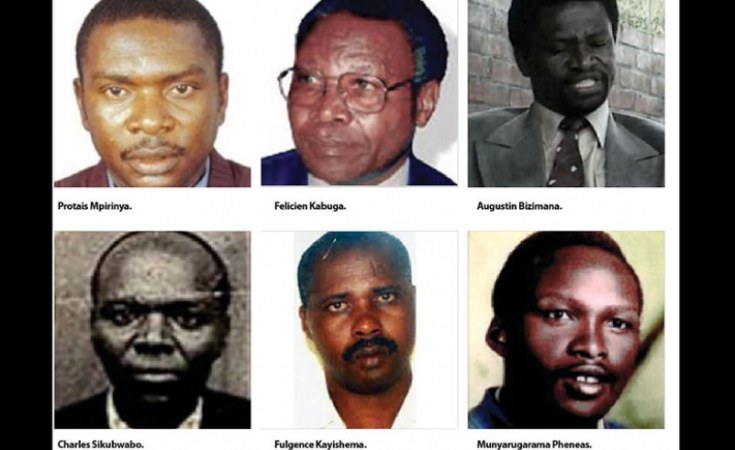 The Chief Prosecutor of the International Residual Mechanism for International Criminal Tribunals (IRMCT), Serge Brammertz, recently told the UN Security Council that his office had credible intelligence on the whereabouts of several of the eight Rwandan Genocide fugitives indicted by the UN court.

The mechanism took over from the International Criminal Tribunal for Rwanda (ICTR) established by the UN to try masterminds of the 1994 Genocide against the Tutsi.

Out of the eight, only three - the so-called Big Fish - remain under the jurisdiction of the Mechanism should they be arrested. They are Augustin Bizimana, Félicien Kabuga and Protais Mpiranya.

Another fugitive whose case was referred to Rwanda, Ladislas Ntaganzwa, was arrested in DR Congo in December 2015.

The New Timestakes a look at these eight fugitives.

He was most recently in the news after Brammertz last week complained to the UN Security Council about the lack of cooperation from some countries in arresting Genocide fugitives that remain at large.

Brammertz did not mention names but cited South Africa among these countries. It is believed that the tribunal's prosecution has information to the effect that Mpiranya is in South Africa.

Despite being a middle-ranking officer, a Major in the ex-Rwandan armed forces, Mpiranya is believed to have been a very influential figure during the Genocide against the Tutsi.

He commanded the Presidential Guard, an elite unit that took immediate charge after the death of former President Juvenal Habyarimana on the night of April 6, 1994, and is blamed for the slaughter of top politicians as the Genocide unfolded.

Among the politicians killed at the onset of the Genocide were then Prime Minister, Agathe Uwilingiyimana, and her security detail of 10 Belgian peacekeepers.

They were slaughtered a few hours after the downing of Habyarimana's plane blamed on extremist elements within his party and military.

The attack on the former Premier's home was, according to reports, led by Mpiranya himself.

Mpiranya is one of the subjects of the US Reward for Justice Programme, with a US$5 million bounty on his head.

In September 2012, after years of denial, the Zimbabwean government admitted that Mpiranya could be hiding there and using various assumed names that include Theophase Mahuku and James Kakule to evade arrest.

It was then reported that the fugitive coordinated his business empire then said to also stretch to other countries in that region, from Harare.

At the time, previous reports indicated that Mpiranya was being protected by senior officials within Zimbabwe's ruling party, ZANU-FP. But Harare persistently distanced itself from such claims.

Mpiranya is accused of genocide, conspiracy to commit genocide, complicity in genocide, crimes against humanity and war crimes.

The other 'Big Fish' still on the run is former businessman Felicien Kabuga, the alleged financier of the Genocide.

About 10 years ago, Boubakar Jallow, the former ICTR Chief Prosecutor said that the information they had at the time was that Kabuga was in Kenya.

Despite Kenyan authorities denying his presence there, Jallow said they had failed to provide immigration details to show he had exited the country.

However, not much is talked about him being there no more.

Kabuga, known as the Financier of the Genocide, was a very wealthy businessman during the Genocide and a major shareholder of hate radio station RTLM.

Kabuga, who is now aged 84, has been on the run since August 18, 1994 when the Swiss security services let him slip from their grasp. As the genocide progressed, Kabuga was reportedly given a visa to enter Switzerland only to be later expelled.

Kabuga was expelled from Switzerland in 1994, and spent some time in the DR Congo -then Zaire - before seeking refuge in Kenya.

He is, in the past, said to have escaped arrest in Kenya several times. Among others, in 1998, an ICTR team raided a Nairobi rented house and found a note indicating that the fugitive, who escaped arrest, had been tipped off by the police.

The other 'Big Fish' is Augustin Bizimana, 65, the former Minister of Defence, who fled Rwanda in July 1994, heading to the DR Congo.

Bizimana was born in 1954 in Gituza commune, Byumba prefecture around the current Gatsibo District.

He was Minister of Defence in the Interim Government that executed the Genocide.

He had held a similar position in the third multi-party government formed on 18 July, 1993.

In all these capacities, besides exercising authority over the entire Armed Forces, he was responsible for controlling the possession of weapons and explosives by the civilian population.

Among others, he was directly involved in the training of and distribution of weapons to militiamen as well as the preparation of lists of people to be eliminated. He is also reported to have organized, ordered and participated in the massacres.

Born in Kivumu, in Kibuye - the current Karongi District - Kayishema, 59, was the inspector of the judicial police there at the time of the genocide.

Kayishema was indicted by the ICTR for genocide, complicity in genocide, conspiracy to commit genocide and extermination as a crime against humanity, committed in Kivumu commune, Kibuye préfecture between 6 and 20 April 1994, when he was police inspector.

According to the indictment, Kayishema is responsible for, or alternatively, was an accomplice to the killing or causing serious bodily or mental harm to members of the Tutsi population on or between the dates of 6 April 1994 and 20 April 1994 in Kivumu commune, with intent to destroy, in whole or in part, a racial or ethnic group.

In April 1994, Kayishema ordered or planned, abetted and encouraged the destruction of the Church of Nyange, in Kivumu with more than 2,000 Tutsi trapped inside, and killed.

Born in January 1948, Munyarugarama is another former military officer wanted for taking part in the Genocide between April and July 1994.

As a Lieutenant Colonel in the genocidal army, he played an essential role in directing the systematic plan aimed at exterminating the Tutsi and took direct part in carrying out the campaign.

Like hundreds others, when the genocidal regime fled into DR Congo soon after the genocide, Munyarugarama followed.

He was the highest ranking military officer and commander of Gako Military Camp in Bugesera District. His subordinates included soldiers in the camp, other soldiers deployed around Bugesera region, reservists and members of the national gendarmerie force in Nyamata brigade, the Interahamwe militia and other civilians he used in the genocide.

Among others, in April 1994, Munyarugarama led and supervised soldiers in his camp, other reservists and the Interahamwe militia in a large scale attack on thousands of refugees who had taken refuge in the Ntarama Catholic Church grounds.

His case was referred to Rwanda by the ICTR Prosecutor in 2012.

Born in the early 1950s, the former Bourgmestre of Gisovu commune in Kibuye prefecture, Ndimbati, participated in the killings of Tutsi across Kibuye between April 9 and June 30, 1994.

He is responsible for massacres of the Tutsi who sought refuge in the hills in the Bisesero region in the Kibuye prefecture and includes the communes of Gishyita and Gosovu.

This region was under attack almost daily and massacres there resulted in tens of thousands of deaths.

Ndimbati was charged with genocide, complicity in genocide, direct and public incitement to commit genocide, as well as with murder, extermination, rape and persecution as crimes against humanity.

But he did more than attend to clients. He participated in the massacre of the Tutsi throughout the Kibuye prefecture.

He participated in the massacre of thousands of Tutsi congregated in the Catholic Parish of Mubuga, 20km from Kibuye town.

Sikubwabo served as mayor of Gishyita commune, Kibuye prefecture, from 1993 till July 1994.

According to his indictment he too played an instrumental role in the murder of the Tutsi in the Kibuye region during the genocide, including personally participating in killings.

During this period, in contact with the likes of Ndimbati, he facilitated the massacres of the Tutsi who sought refuge in the Bisesero hills.