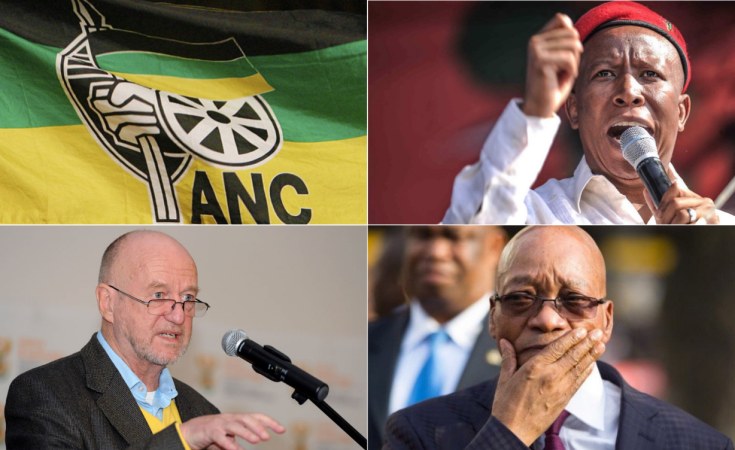 Former president Jacob Zuma has also joined in on the ANC's attack on national executive committee member Derek Hanekom over claims that Hanekom worked with the EFF to oust him as president.

In a tweet on Thursday morning, Zuma said Hanekom was a "known enemy agent".

He is the third party member, who was part of Zuma's executive, to be called an enemy agent or spy.

At the state capture inquiry last week, Zuma said he knew of spies in the party who had worked with apartheid intelligence during the struggle. He named Ngoako Ramatlhodi and Siphiwe Nyanda as spies. Ramatlhodi and Nyanda, like Hanekom, were part of Zuma's executive.

Zuma's tweet follows the release of an ANC statement, issued by secretary general Ace Magashule on Wednesday night. In the statement, the party called Hanekom a "wedge driver" and EFF sleeper.

Magashule, on behalf of the ANC, accused Hanekom of being a "charlatan [who] is making his mark through his ownership of the Ahmed Kathrada Foundation".

"Well, we say to him and other EFF sleepers in the ANC, this only makes the members of the NEC, PEC (provincial executive committee), REC (regional executive committee) and branches more determined to unite the ANC and deliver services to the people of South Africa. We will ride this storm of accusations and counter-accusations," read the statement.

They were reacting to EFF leader Julius Malema's claims that Hanekom conspired with the party to oust Zuma via a motion of no confidence in the National Assembly.

Malema claimed Hanekom handed over a list of ANC MPs who would vote against Zuma. He also told his supporters that Hanekom was prepared to form a splinter party if President Cyril Ramaphosa did not defeat Nkosazana Dlamini-Zuma at the party's 2017 national elective conference.

On Wednesday, Hanekom admitted meeting EFF secretary general Gordrich Gardee. However, when he responded to a query from News24, he initially denied that there was anything sinister about it.

"I have said - not admitted - that at the time I met Gardee. His initiative, not mine. There is nothing with meeting a fellow MP, which is what we were at the time."

Later, after a Kader Asmal lecture in Sandton, Johannesburg, on the same night, Hanekom said his meeting with the EFF was of a common interest as it was during a "difficult time in South Africa's history".

A House Divided - South African Ruling Party Facing Major Split?
Tagged:
Copyright © 2019 News24Wire. All rights reserved. Distributed by AllAfrica Global Media (allAfrica.com). To contact the copyright holder directly for corrections — or for permission to republish or make other authorized use of this material, click here.